BORN ON THIS DAY: JOAN CARROLL 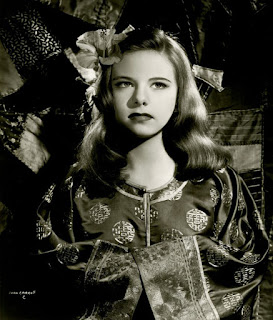 Today marks what would have been the birthday of actress Joan Carroll. Joan Carroll was one of the smart child actresses that retired before she had "outgrew" her time in Hollywood. Carroll was born Joan Marie Felt to Wright and Freida Felt on January 18, 1931. Her father was a government electrical engineer, and her mother was a club and stage pianist. Carroll took dramatic lessons when she was very young and was performing locally by age 4. Her family moved to California in 1936, where she received a bit part in The First Baby (1936).

Between 1937 and 1940 she appeared in supporting roles in several movies. Her big break came the 1940 film, Primrose Path, as Ginger Rogers's younger sister, for which she won a Critics Award. The same year she became the first child star to be summoned from Hollywood in order to appear in the leading role in a Broadway musical, Panama Hattie, which ran from October 30, 1940 to January 3, 1942.

Carroll became RKO Radio Pictures' resident juvenile personality in both "A" and "B" pictures. RKO starred Carroll in the leading role with Ruth Warrick in two zany comedy vehicles, Obliging Young Lady (1941) and Petticoat Larceny (1943). She continued to work in films as an adolescent, but less frequently. Two of her best-remembered pictures came from this period: Meet Me In St. Louis (1944) as Judy Garland and Margaret O'Brien's sister, and The Bells of St. Mary's (1945), in which she played a troubled teenager alongside Bing Crosby's Father O'Malley character. 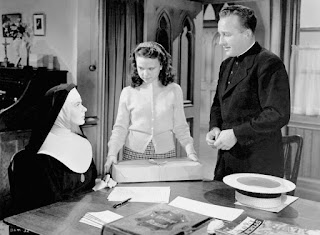 After The Bells of St. Mary's in 1945, Carroll retired. She married in 1951 to James Joseph Krack; the couple had four children. She and her brother donated a historic family lamp to the Nevada State Museum on July 7, 2011.The lamp was originally given to her father, Wright Felt, who was the Public Works Administrator for Nevada at the time the Hoover Dam was built. The lamp was created out of materials used in the construction of the 155-mile, $900,000 power line to the Hoover Dam, and was presented to him by the Lincoln County Power District No. 1 on September 25, 1937, for his assistance with the project.

Carroll died on November 16, 2016 near her home in Puerto Vallarta, Mexico, aged 85. She was survived by her husband, their four children and extended family... 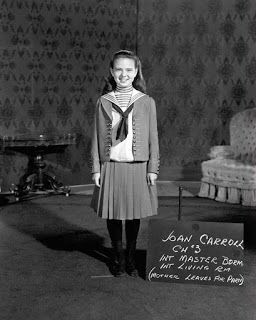