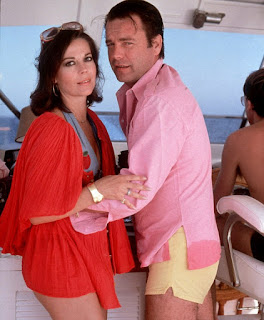 “As we’ve investigated the case over the last six years, I think he’s more of a person of interest now,” Los Angeles County Sheriff’s Department Lieutenant John Corina said in an upcoming interview with CBS’ 48 Hours. “I mean, we know now that he was the last person to be with Natalie before she disappeared.”

The Hollywood starlet was married to Wagner from 1972 until her death.

Wood died on Nov. 29, 1981, off of Catalina Island in California. The incident happened while the 43-year-old actress was sailing with her husband on their yacht, Splendour. Christopher Walken, Wood’s then-costar in the movie Brainstorm, and the boat’s captain, Dennis Davern, were also on board.

Investigators tell "48 Hours" they have a person of interest in the mysterious death of actress Natalie Wood. In November 1981, the "Rebel Without a Cause" actress drowned after disappearing from her family's yacht. Wood's death was originally ruled an accident, but in 2011, the Los Angeles County sheriff's department re-opened the investigation. "48 Hours" correspondent Erin Moriarty joins "CBS This Morning" to preview her report, which airs Saturday, Feb. 3, at 10/9c on CBS. 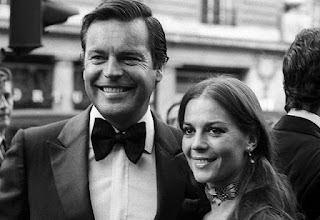 At the time, her death was classified as an accidental drowning, but the case was reopened in 2011.

Wagner has refused to speak with investigators since they began to look into the circumstances surrounding Wood’s death again.

“I haven’t seen him tell the details that match all the other witnesses in this case,” Corina said of Wagner. “I think he’s constantly changed his story a little bit. And his version of events just don’t add up.”

Detectives who spoke with 48 Hours noted that there were numerous bruises on Wood’s body that appeared to be new, according to her autopsy report.

When asked if Wood’s death was a murder rather than a tragic accident, Corina said, “I think it’s suspicious enough to make us think that something happened.” 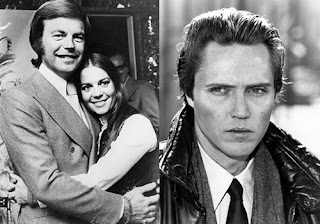 In Wagner’s 2008 memoir, Pieces of My Heart, he wrote that after a night of drinking, he got into an argument with Walken over Wood’s career.

At one point, the now 87-year-old actor wrote, “I picked up a wine bottle, slammed it on the table and broke it into pieces.”

As for what caused her to fall off the boat, Wagner wrote it was “all conjecture. Nobody knows. There are only two possibilities: either she was trying to get away from the argument, or she was trying to tie the dinghy. But the bottom line is that nobody knows exactly what happened.” 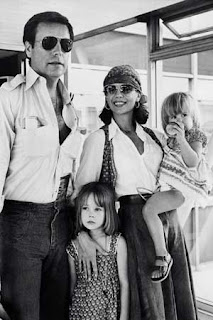 In 2016, Wagner spoke to PEOPLE about his family’s heartbreak and his close bond with his stepdaughter and Wood’s daughter, Natasha Gregson Wagner.

“We were all so shattered by the loss, and we were hanging on to each other,” Wagner said. “My bond with Natasha is very, very intense. We’ve hung onto each other through the years and she means the world to me.”

The 48 Hours report includes the latest information from interviews with the detectives and Wood’s sister Lana, as well as archival interviews with Wagner, Davern and others. The show’s efforts to get comment from Wagner and Walken were unsuccessful. 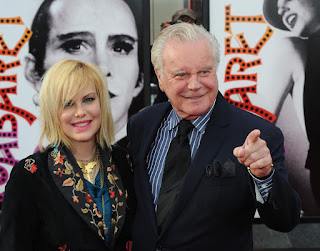