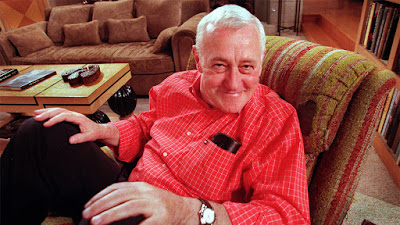 A former Midwestern medical-magazine editor who quit his day job at nearly 40 to study acting in Chicago, Mahoney had taught English at Western Illinois University in the early 1970s. He became a fixture at Chicago's fabled Steppenwolf Theater and soon ventured to the New York stage. He distinguished himself in an off-Broadway production of Orphans, for which he received a Theatre World Award. Mahoney won a Tony Award in 1986 for his performance in a revival of John Guare's The House of Blue Leaves. The production was videotaped for PBS' Theatre in America series. 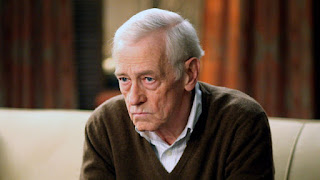 In 2007, he was back on Broadway in a revival of Prelude to a Kiss.

In movies, Mahoney garnered recognition in Barry Levinson's Tin Men (1987), playing Richard Dreyfuss' business partner. The same year, he was memorable in Moonstruck as a depressed college professor who regularly had affairs with his students.

His other film credits include a performance as a trial judge in Suspect (1987), the manager of the White Sox in Eight Men Out (1988) and a protective father beleaguered by John Cusak's interest in his daughter in Say Anything (1989).

Although he was offered numerous series after Frasier, Mahoney moved back to Illinois in 2003 and began acting again with the Steppenwolf company, first starring as Tom Garrison in I Never Sang for My Father. The following year, he played Sir in The Dresser. 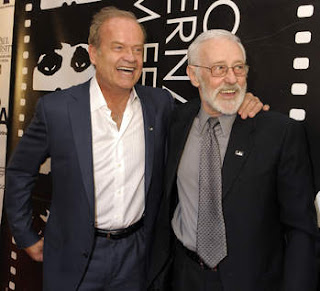 John Mahoney was born June 20, 1940, in Blackpool, England, where his family had been evacuated following a Nazi bombing of Manchester. He developed an early interest in acting, joining the Stretford Youth Theatre.

After World War II, he ventured to Illinois, where his older sister lived as a war bride. He studied at Quincy University and, to speed up his citizenship application, enlisted in the U.S. Army and, not surprisingly, lost his British accent.

(He could readily call up the accent, though, as when he tweaked Daphne Moon (Jane Leeves), his English therapist and housekeeper, on Frasier.) 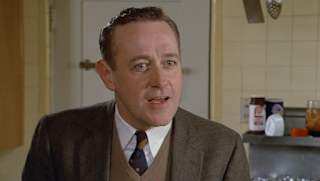 In Chicago, Mahoney quickly distinguished himself, winning roles in such works as The Misanthrope, The Price, What the Butler Saw and The Water Engine. In 1977, he met actor John Malkovich, a founder of the Steppenwolf theater, and was invited by him to join the troupe.

At Steppenwolf, Mahoney thrived, performing in such productions as The Hothouse, And a Nightingale Sang, Loose Ends, Of Mice and Men, Balm in Gilead and Death of a Salesman.

Fittingly, one of Mahoney's first TV credit was for a role on NBC's Chicago Story in 1982. More recently, he had a recurring role as Betty White's love interest on Hot in Cleveland. It was his last role in 2014... 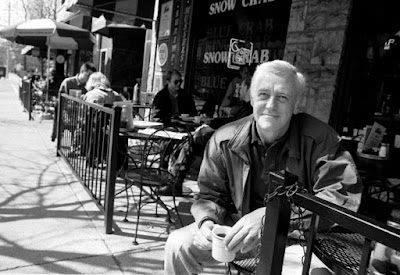 Posted by David Lobosco at 4:24 PM