Lesley Gore was one of my Father's favorite singers. (As a coincidence, my Father would have turned 72 today) He constantly would play me the 45rpm of It's My Party. Gore died suddenly of lung cancer in 2015, but a new generation is be introduced to her. My five year old daughter knows every word to You Don't Own Me. Here are som facts about the singing legend that you might not know... 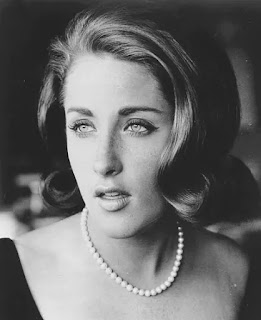 1. Quincy Jones and Lesley Gore made each other stars

Demos recorded by Gore's vocal coach when she had just turned 16 reached Jones while he was an A&R man on the rise at Mercury Records. He called her up, and at the end of March, they entered a studio together, and by June 1 It's My Party had topped the American charts. Within the year, Quincy Jones had become the first African American vice-president of Mercury Records. Gore and Jones went on to release a handful of Top 10 songs together, four of which (It's My Party, Judy's Turn to Cry, She's a Fool and You Don't Own Me) went on to sell more than a million copies a piece.

Gore, still in junior high when she recorded the Grammy-nominated hit, wasn't convinced when she first heard the John Gluck, Wally Gold and Herb Weiner-written song. Reportedly, she said: "That's not half bad. I like it. Good melody. Let's put it on the maybe pile". But it was the best of a bad bunch, and due to being the only demo Jones and Gore agreed on, they recorded it.


3. She released a feminist anthem at 17

Gore's last top 10 single was also her most politically important. You Don't Own Me was written by John Madara and David White and recorded by Gore in 1963. Although she remembers at the time thinking that "it had an important humanist quality", its lyrics ("And don't tell me what to do / And don't tell me what to say") were picked up by the second wave feminist movement and still had resonance five decades later, when celebrities including Tavi Gevison, songwriter SIA and actress and director Lena Dunham mimed to it in a campaign video against Mitt Romney's family planning policies. In 2010, Gore said of the song: "I don’t care what age you are — whether you’re 16 or 116 — there’s nothing more wonderful than standing on the stage and shaking your finger and singing, ‘Don’t tell me what to do." 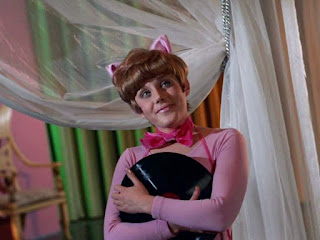 Gore made a foray into acting in 1967, when she guest-starred as Pussycat, Catwoman's musical minion, and mimed to California Nights and Scat! Darn Catwoman.

Her third album may have been called Boys, Boys, Boys, but in 2004 Gore hosted LGBT news show In the Life. She revealed the next year that she was lesbian, and had been living with her long-term partner, jewellry designer Lois Sasson for 23 years. As for why she hadn't come out "on the record" earlier, Gore explained: "I just never found it was necessary because I really never kept my life private. Those who knew me, those who worked with me were well aware." 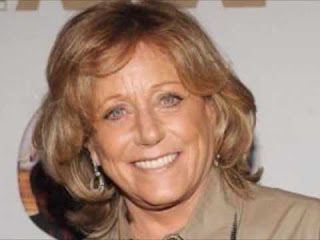 Posted by David Lobosco at 7:27 AM