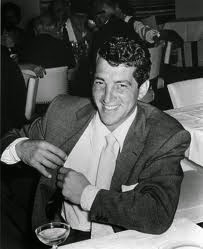 Today would have been Dean Martin's 98th birthday. There is not a day that goes by that I don't listen to something by Dino. I love the personal stories about Dean that is all around the internet. Here is one story I found that I thought was especially good...

I remember my family going to see Dean Martin sing at the Riveria Hotel in Las Vegas back in the 1960's. I had just turned 15, and my older brother, mom and day had taken a family vacation, driving to see Las Vegas from our house in Houston, Texas. We were lucky to get tickets (they didn't check my age) and were seated in about the middle of the place. I remember being in awe of Dean. He was so relaxed and had a voice that was the best I ever heard. The one thing I remember most of all, was that I laughed hard because Dean was so funny with jokes and one-liners. He even bantered back and forth with the audience, which endeared him closer to everyone.

The following morning we were all eating lunch in the restaurant at the hotel, when I looked beyond where my father was seated across from me, and Dean Martin had walked in through the door. He wasn't being seated, and looked uncomfortable waiting there with another man. I didn't even tell my parents or brother, and quickly bolted up from my seat to go greet him.

He was most gracious, asking how I liked the show, after I told him I saw it. Then I told him that my family drove all the way from Texas to have a vacation, but almost didn't make it because my Dad had just lost his job the day before- but decided to take us all anyway.

Dean asked where we were sitting, and immediately walked over to greet my family, who were flabbergasted, to say the least. After a short minute, a host from the restaurant came over and handed Mr. Martin a bag , which he said were a couple of muffin's to go. As he graciously said goodbye to my family, he asked me to follow him to the front table, which I did right away. He told the person behind the counter that the meal we were having was to be put on his tab, and then he turned to me, reached in his pocket and handed me a (what I thought was, at the time) coin. 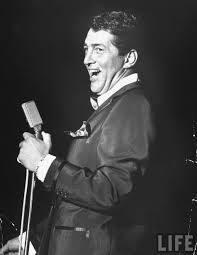 I returned to my seat with a smile as big as the state where I came from... and no one could believe that Dean Martin himself came over and spoke to us, and even paid for our lunch!

I had forgotten all about that coin Mr. Martin gave to me, because I was so excited and I just dropped it into my shirt pocket. Later that evening, when my family was in our hotel room, packing to go home, the coin dropped out, and I picked it up. I remember shouting to my Mom that Mr. Martin also gave me a coin to keep. When I handed it to her, she froze without blinking. A few seconds later she exclaimed, "Paul! Do you know what this is?!?". Dean had given me a $1000.00 gambling token from the tables! What a blessing in disguise, since my father had lost his job, and we were going to be struggling to make ends meet for quite some time.

Now that I have grown up, and am pretty successful in my own business, I often remember the excitement, but mainly kindness, that Dean Martin has shed on me and my family in a time of need. I have chosen to follow in that incident that affected me, and two or three times a year I do the same when I see a loving family who could use the "extra" boost to help them in this world. It's a real good feeling, and one that always keeps me in line with "reality" in this very selfish world.

I am sending you my name, but I wish that you not print it. I don't want the "fame", I just wanted to relate my story. Thank you for the opportunity, and a special thanks to Dean Martin up there looking down on all of us. 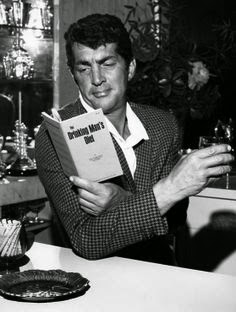