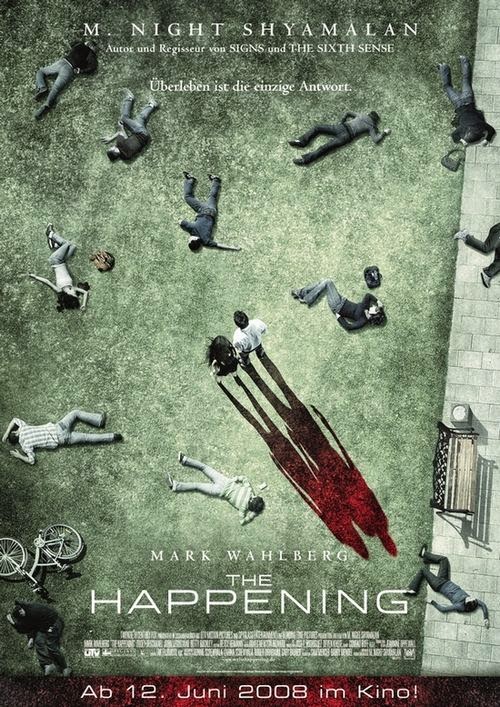 The movie The Happening is a very different type of movie than I usually review here. It was on the cable channel FX recently, so I gave this dark movie another viewing. The Happening is a 2008 American supernatural thriller film written, co-produced, and directed by M. Night Shyamalan that follows a man, his wife, his best friend, and his friend's daughter as they try to escape from an inexplicable natural disaster.

The plot revolves around a cryptic neurotoxin that causes anyone exposed to it to commit suicide. The protagonist, a science teacher named Elliot Moore (played by Mark Wahlberg), attempts to escape from the mystery substance with his friends as hysteria grips the East Coast of the United States.

In New York City's Central Park, people begin committing mass suicide. Initially believed to be a bio-terrorist attack using an airborne neurotoxin, the behavior quickly spreads across the northeastern United States. Elliot Moore, a high school science teacher in Philadelphia, hears about the attacks and decides to go to Harrisburg by train with his wife, Alma (played by the cute and quirky Zooey Deschanel. They are accompanied by his friend Julian and Julian's eight-year-old daughter Jess. Julian's wife is stuck in Philadelphia but is expected to meet them in Harrisburg. The train loses all radio contact en route and stops at a small town. They receive word that Philadelphia has been attacked and Julian's wife was not able to get on the train to Harrisburg. Julian decides to go look for her, leaving his daughter with the Moores while he hitches a ride with a group of people in a Jeep Wrangler. However, the town has already been hit by the toxin. Succumbing to it, the driver and Julian both commit suicide.

Elliot, Alma, and Jess hitch a ride with a nurseryman and his wife. The nurseryman believes that plants are responsible, as they can release chemicals to defend themselves from threats. The crew are joined by other survivors and split into two groups, with Elliot, Alma, and Jess in the smaller group. When the larger group is affected by the toxin, Elliot realizes that the plants are targeting only large groups of people. He splits their group into smaller pockets and they walk along, arriving at a model home. Two other groups arrive on the property, triggering a neurotoxin attack, signaled by what appears to be wind tossing the vegetation. The next house they come upon is sealed, its residents trying to protect themselves from the toxin. Elliot's attempts to reason with them are deemed unsuccessful when the residents shoot Josh and Jared, two teenage boys whom Elliot had earlier befriended. 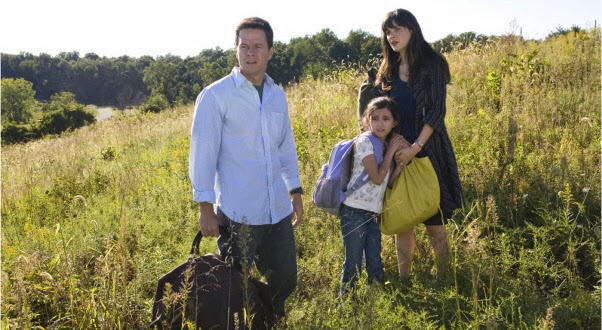 Elliot, Alma, and Jess next come upon the isolated house of Mrs. Jones, an elderly eccentric who has no outside contacts and is unaware of the current disaster. The following morning, Mrs. Jones becomes infected with the toxin. Realizing that the plants are now targeting individuals, Elliot locks himself in the basement but is separated from Alma and Jess, who are in the home's springhouse out back. They are able to communicate through an old talking tube, and Elliot warns them of the threat. He expresses his love for her before deciding that if he is to die, he would prefer to spend his remaining time with her. The three leave the safety of their buildings and embrace in the yard, surprised to find themselves unaffected by the neurotoxin. The outbreak has abated as quickly as it began.

Three months later, Elliot and Alma have adjusted to their new life with Jess as their adopted daughter. On television, an expert, comparing the event to a red tide, warns that the epidemic may have only been a warning. He states that humans have become a threat to the planet and that is why the plants have responded aggressively. Alma discovers she is pregnant and embraces Elliot with the news. In the Tuileries Gardens at the Louvre Palace in Paris, France, a scream is heard and everyone freezes in place as the wind rustles through the trees, signifying another attack by the plants, ending the film on a cliffhanger.

Compared to director M. Night Shyamalan's other hits like The Sixth Sense (1999) and Signs (2002), this movie pales in comparison. However he managed to make an idea of toxins being given off by plants scary and suspenseful. It is not a movie for anyone under 16, since there is a lot of violence in the film, but it is worth a watch if you like thrillers. After watching this movie, I will never be mean to my plants or lawn again... 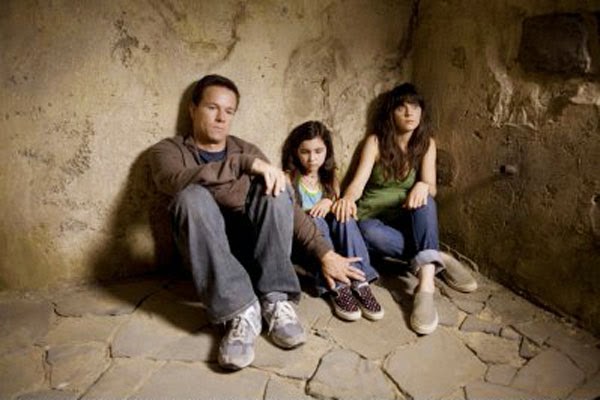 Posted by David Lobosco at 3:39 AM