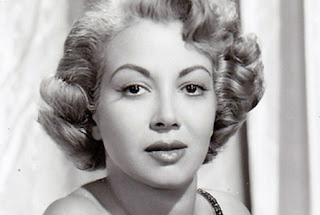 Monica Lewis, a singer and actress who performed with Benny Goodman and voiced the cartoon character Chiquita Banana, died today at her home in Woodland Hills. She was 93.

Lewis was on the first broadcast of Ed Sullivan’s Toast Of The Town, and subsequently performed with Dean Martin and Jerry Lewis among others including Frank Sinatra. In 1951 she toured Korea with Danny Kaye.

In addition to a recording career, Lewis had roles in numerous Hollywood movies and TV shows. In the 1950s she appeared in pictures with Red Skelton (Eat My Dust), Mickey Rooney (The Strip) and Barry Sullivan (Inside Straight). Much later she had parts in the feature films Earthquake, Airport and its sequels, plus Nunzio and The Sting II.

In 2014, she was featured in Ned McNeilage’s documentary short Showfolk, which debuted at the Tribeca Film Festival was later screened at the Los Angeles and Palm Springs film festivals.

Lewis, who was married for 40 years to the late Universal Pictures production exec Jennings Lang, is survived by sons Rocky and Mike... 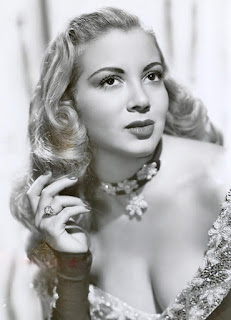 Posted by David Lobosco at 3:48 AM