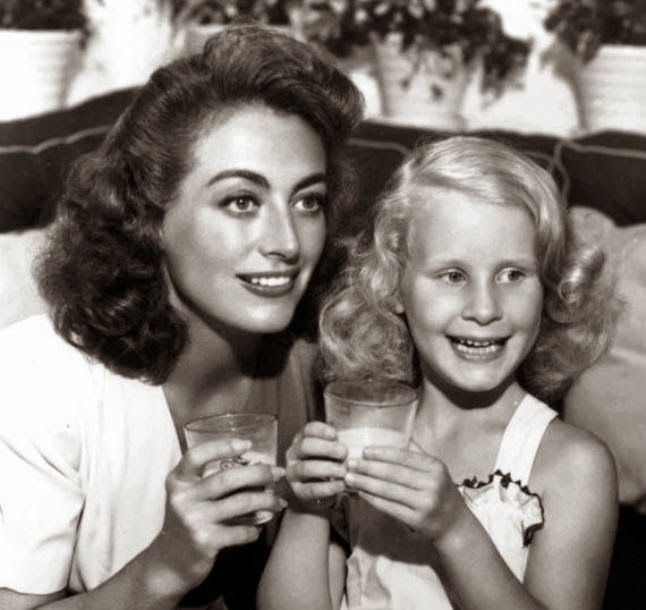 I am going to start out this article by saying it is hard to raise children. There are so many outside pressures that societies places on parents as well as children. Those pressures are magnified when one is famous. The famous parent has an image that they must keep up for the public. Also, they are the real problems that “normal” parents have. In my opinion, famous people do not make good parents. Even if they try their best, their children also have to live up to their image. That image is nearly impossible to match, and the child cannot create a life of their own, because they are always compared to their famous and successful parent. Then after the child grows up and often after the famous parent is dead, they write the tell-all book. They do it for many reasons, but I think the two biggest is money and revenge. Two of the most famous instances of the children writing a book about their parents are when Christina Crawford wrote “Mommie Dearest” about her adopted mother Joan Crawford in 1978, and when Gary Crosby wrote “Going My Own Way” about his father Bing Crosby in 1983.


Two be perfectly blunt and honest, neither Joan Crawford nor Bing Crosby were the greatest parents. Joan Crawford was one of the most popular movie actresses Hollywood has ever known. She started her career in films as a modern flapper girl, and she was quickly signed by MGM studios. For the next decade, Crawford made some great films and some horrible films at the studio. It was not until she moved to Warner Brothers in the mid-1940s, that she scored gold with an Oscar winning role in Mildred Pierce (1945). Ironically, her role was as a dominating mother. Around the same time, Joan adopted a girl Christina. I often wonder if Joan did it just for publicity, but deep down I think she wanted to be a mother. However, Christina was basically raised by nannies. Joan was deeply devoted to her fans. She attributed her fame to her fans throughout the years. According to sources in the Crawford camp, as Christina got older she resented this attention that Joan’s fans were getting and not her. As a result, she acted out and made it know she would not bow before the great Joan Crawford. That anger continued and built throughout her adulthood. There is no denying that Joan did get physical with Christina, but that was the norm for Joan’s generation, and she did not know how to cope with someone so disagreeable to her. It is not an excuse. Joan was no great parent, but Christina did not make life easy either. 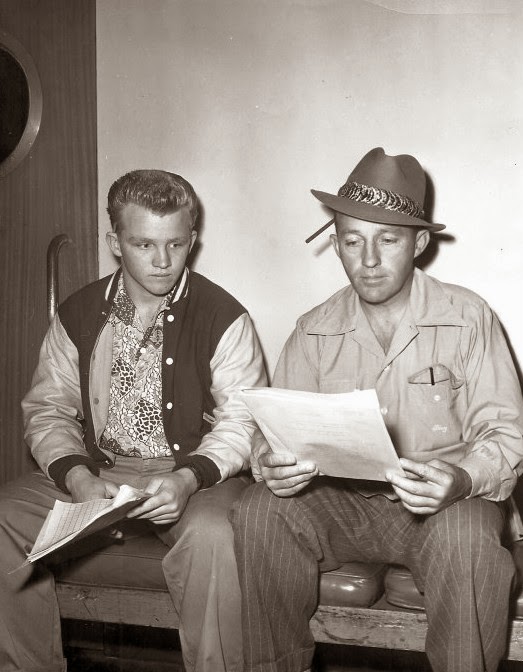 As for Bing Crosby, he had the most widely recorded voice in the history of mankind. How can someone compare to that. When his son Gary was born in 1933, Bing was becoming the most popular star in the world. By the 1940s, Bing was the most popular icon in movies, on records, and in radio. Bing worked non-stop and pretty much was never home. Bing grew up with a strict mother himself, and he wanted to instill that strictness in his children. However, with Bing gone maybe 300 days a year, when he would come home and try to discipline the children and be a father, it would just make their relationship worse. If Bing was able to tell his sons, especially Gary, that he loved them more then Gary might have turned out differently. What compounded matters was the fact Bing’s wife Dixie Lee was becoming an alcoholic. She could not cope with the fame and the absence of a husband for long periods of time. Gary blamed Bing for Dixie’s problems, and when Dixie died of cancer in 1952 then Gary really started acting out. Gary got in public fights (some with brothers), got married and divorced numerous, and arrested on many occasions. All four sons suffered from alcoholism like their mother. However, even though one’s home life may not be ideal or may not have a father present, once one is an adult then their life is their own responsibility. Gary never took responsibility for his own life. 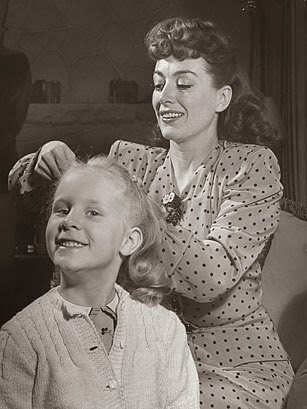 As a result, Christina Crawford and Gary Crosby both wrote books about the parents, which painted these icons (both passed away by then) as monsters. Literally, the stories have escalated about both stars to the degree that Joan and Bing are closed to the status of murderers. I am not discounting what was written about them, but I am not saying the books are 100% accurate. Christina to this day maintains the book and factual. However, many of the decisions she has made makes one second guess all of her stories. It has been reported that Christina has had parents where she gives out wire hangers (supposedly Joan beat her with them), and years later now she treats her reported abuse as a fun, money making gimmick. If the abuse was 100% true, then I do not think she would be making light of it. If it was true then it would be a horrible tragedy. As for Gary Crosby, he wrote his book about his dad to ride the coattails of Christina Crawford. As source in the Crosby family says that Gary actually wrote two versions of his book. The publisher said it wasn’t juicy enough so he made Bing out to be an abusive and unfeeling monster. As Gary laid dying of cancer in 1995, he not only was planning on doing a duets album with old recordings of his father, but he recanted his whole book. He said Bing never beat him, and although he was absent for most of his childhood he admitted the book was mostly lies.

Whatever the truth actually is, the damage was done to the memory of Joan Crawford and Bing Crosby. When one sees their names they instantly think of the abuse and not the talent the stars had. Maybe Joan and Bing were not the greatest parents, but isn’t that their own business behind closed doors. They both entertained millions of fans who needed it during the Great Depression and World War II. Even if they were the monsters that their children painted them as for financial gains, that does not diminish their talents. Both icons deserve to be remembered for their talents and not negative books written by their children… 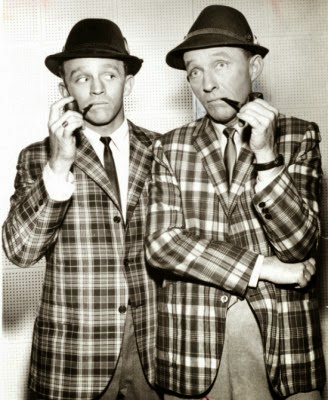