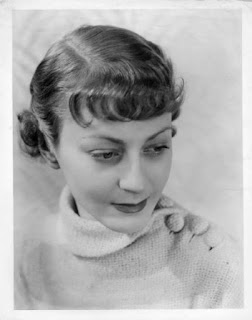 Peg LaCentra, born on April 10, 1910, grew up in Boston. She very briefly attended the New England Conservatory of Music, studying piano. She also attended the Katharine Gibbs Finishing School and the Fenway Academy of Dramatic Art, as her early goal was to become an actress. Before moving to New York in 1931, she was an announcer at Boston radio station WNAC. Once she hit New York, she soon joined NBC as a singer and actress.

While singing with Dick McDonough's Orchestra on "The Mell-O-Roll Ice Cream Show," in 1936, Peg met Artie Shaw, then a sideman with McDonough. Shaw told her he was organizing his own orchestra and needed a singer. She joined Shaw in the summer of 1936, performing at the Lexington Hotel, the Paramount Theater in New York and on recordings. So Peg has the distinction of being Shaw's first vocalist. After Shaw's band broke up about a year later, she sang on radio with Benny Goodman. She and Goodman did not get along, and she quickly rejoined Artie Shaw when he formed another orchestra.

Although a good singer, Peg recorded very little; her recording output is confined to the 1930s. She recorded under her own name and, in addition to Shaw, with the orchestras of Victor Young and Johnny Green. In 1939, she was given her own program on NBC, "The Peg LaCentra Show."

She later appeared in a number of films and episodic TV, particularly dubbing non-singing actresses. The most famous of these are Susan Hayward in Smash-Up: The Story of a Woman (1947) and Ida Lupino in The Man I Love (1947) and Escape Me Never (1947). She appeared (as herself) in the background of Joan Crawford's Humoresque (1946), singing. In 1957, she had a leading role on the television sitcom The Marge and Gower Champion Show, but she did not stay active in show business. 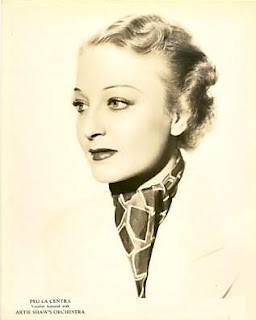 In 1939, Peg married radio actor Paul Stewart, an original member of Orson Welles' "Mercury Theater of the Air." They remained married until his death in 1986. They never had any children. She passed away of a heart attack on June 1, 1996, at her home in Los Angeles. She was 86.

There is a rare LaCentra compact disc out there just dedicated entirely to her Shaw vocals. However, the issue is quite and expensive when you do find it online. Most of my recordings of her come from Artie Shaw's reissues. However, his early band which Peg sang for is largely forgotten. Peg LaCentra never gained the recognition that other Artie Shaw vocalists had like Helen Forrest, but she was a quite capable singer who worked well with the early Shaw band. Like many of the "vocal refrain" singers of the big band era, she is largley forgotten now. However, she was one of the reasons why the big band era was so big... 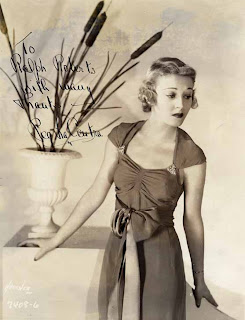 Posted by David Lobosco at 5:22 AM