Fred Astaire danced with some of the most talented leading ladies from Ginger Rogers to Cyd Charisse. Many people would agree that he never danced with anyone better than Rogers, but Astaire danced with numerous leading ladies over his forty year career in Hollywood. Not every dancer Astaire made a movie with spelled success or are remembered as Ginger Rogers was. After Rogers, Fred Astaire made a lot of movies with different actresses in the early to mid 1940s. 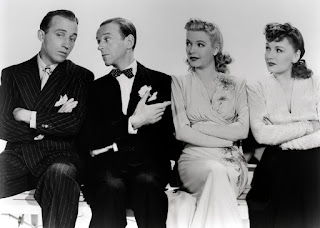 After leaving RKO in 1939, Astaire made his way to Paramount Studios. The studio teamed Astaire with Bing Crosby, and since the men were the stars of 1942′s Holiday Inn, the studio could cast females who weren’t necessarily name above the title types. Thus Marjorie Reynolds (1917-1997) and Virginia Dale (1917-1994) got their chances to dance with the master. Rewatching the movie, Reynolds danced with Astaire better than Dale did. Virginia Dale's main number with the famed dancer was "You're Easy To Dance With". Dale looks like at the most she is making all of her steps, but she looks heavy footed. It is definitely not a comfortable or graceful pair. Astaire does much better with Marjorie Reynolds. Reynolds could not sing a lick, but her dancing is much better than Virginia Dale's attempted moves. Reynolds and Astaire's best number was "Be Careful It's My Heart". It is a graceful and elegant slow dance, I could have seen the dancing duo making another movie together but they never did. However, after this film both actress-dancers returned to B films and faded from public view — although Reynolds had a brief comeback on TV as the wife on the popular Fifties situation comedy, The Life of Riley, starring William Bendix as the bumbling Chester Riley. 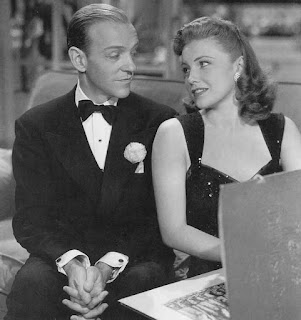 At the age of 18, beautiful actress Joan Leslie (born 1925) was paired with Astaire in the film The Sky's The Limit. The score was written by Johnny Mercer, but not much greatness came out of the movie except for the song "One For My Baby". Astaire did a great job on the song, but it became the unofficial anthem of Frank Sinatra in the 1950s. All dances were choreographed by and credited to Astaire alone, another unusual departure for him, as he generally worked with collaborators. What is not unusual is the selection of dance routines, which is the standard Astaire formula of a comic partnered routine, a romantic partnered routine and a "sock" solo, each of which is seamlessly integrated into the plot. Joan Leslie is one of the most beautiful actresses in the 1940s, but she could sing as well as she could dance. The only good dance numbers were the ones that Astaire did on his own. 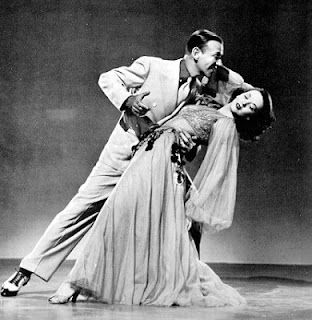 Lucille Bremer (1917-1996) was an accomplished dancer under contract to MGM. She was a former Radio City Hall Rockette who had been on Broadway, and after signing with the studio was given a big push. She was Judy Garland’s older sister in Meet Me in St. Louis, then given a starring part opposite Astaire in Yolanda and the Thief, released in 1945. She danced with him again in two sequences for The Ziegfeld Follies (1946). But then, after Til the Clouds Roll By, she seemed to fall out of favor with Mayer and producer Arthur Freed. In later years it was reported that after singer Ginny Simms turned down Louis B. Mayer's advances that he turned to Lucille Bremer who became his secret girlfriend for awhile. When she broke up with him, he basically made sure she would never be a huge star. I never thought she danced well with Astaire. Her best dance scene was with Van Johnson in Til The Clouds Roll By, but then again Bremer looked good dancing next to Johnson. In any event it was deemed that she hadn’t scored with the public. Her career languished. Whether it was the studio’s, or Bremer’s decision, her contract wasn’t renewed. She starred in a few non dancing roles, then retired.

After dancing with Joan Caulfield and Olga San Juan in another Bing Crosby film, Blue Skies (1946) Astaire retired from movies yet again. However, he was a work alcoholic and he was coaxed back to working by MGM and an injured Gene Kelly for Easter Parade (1948) with Judy Garland. Throughout the 1950s Fred Astaire kept dancing with new, younger partners. like Vera-Ellen, Jane Powell, Leslie Caron, Audrey Hepburn, and Cyd Charisse. No matter how big, or small their careers might be the women who danced with Fred Astaire on screen are in a class by themselves... 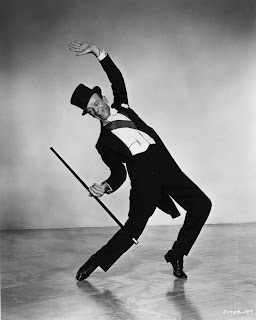