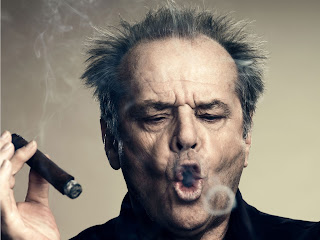 I never thought I'd live to see a Hollywood scene with no Jack Nicolson. He’ll still sit court side at Los Angeles Lakers’ games, but Hollywood legend Jack Nicholson has quietly retired from the movie business, RadarOnline.com has exclusively learned. The 76-year-old icon has no plans to appear in films again after a career spanning five decades. “Jack has — without fanfare — retired,” a well-placed Hollywood film insider confirmed to Radar. “There is a simple reason behind his decision — it’s memory loss. Quite frankly, at 76, Jack has memory issues and can no longer remember the lines being asked of him. There is not word if the memory loss is due to dementia or other memory diseases. “His memory isn’t what it used to be.” The three-time Academy Award winner has not worked since How Do You Know in 2010 starring Reese Witherspoon, Paul Rudd and Owen Wilson.

Tellingly, producers for the forthcoming film Nebraska had wanted him to play the key role of an aging, booze-addled father who makes the trip from Montana to Nebraska with his estranged son in order to claim a million dollar Mega Sweepstakes Marketing prize. The role ultimately went to Bruce Dern, after Nicholson advised the filmmakers that he was not interested, the source said.

Nicholson began his Hollywood career in the 1950s, first working as a gofer for animation legends William Hanna and Joseph Barbera at the MGM cartoon studio. He left soon after to pursue his dream to star on screen. The New Jersey-native made his film debut in a low-budget teen drama The Cry Baby Killer, in 1958, playing the title role. He’s best remembered for his Academy Award winning roles as Best Actor for One Flew Over the Cuckoo’s Nest and for As Good as It Gets. He also won the Academy Award for Best Supporting Actor for the 1983 film Terms of Endearment. Nicholson has been nominated for a record-setting 12 Oscars, eight for Best Actor and four for Best Supporting Actor, making him the most nominated male actor in Academy Awards history. “Jack has no intention of retiring from the limelight,” said the source, who noted his regular appearances on the Hollywood party circuit, court side at his beloved Lakers and his co-presentation of the Academy Award for Best Picture with First Lady Michelle Obama, earlier this year. “He’s not retiring from public life, at all. He just doesn’t want a tribute,” added the insider. “He’s happy to tacitly join the retirees club like Sean Connery.” 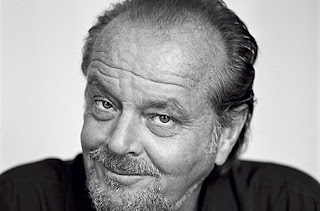