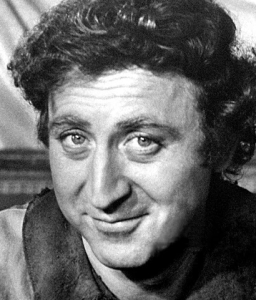 From the mania of Victor Frankenstein to Willy Wonka’s subtle lunacy, Gene Wilder — who died Sunday in Stamford, Connecticut from complications from Alzheimer’s disease at the age of 83, his nephew told the Associated Press — lit up the funniest movies of the 1970s with an irresistible neurotic charm. But off-screen, Wilder’s life was no comedy: The actor was battered by tragedy, including a difficult childhood and the untimely death of his third wife, comedian Gilda Radner, of cancer in 1989.

Born Jerry Silberman in Milwaukee in 1933, Wilder grew up entertaining his sickly mother in the hope that laughter would prevent her death. He began his showbiz career on stage, where he met Mel Brooks while costarring in a Broadway production of Bertolt Brecht’sMother Courage and Her Children with Brooks’ wife, Anne Bancroft. The two became fast friends, and Wilder’s professional partnership with Brooks over the next decade would become the stuff of legend. Their first collaboration, The Producers (1968), garnered an Oscar nomination for Wilder, while 1974’s one-two of Blazing Saddles andYoung Frankenstein (which Wilder co-wrote) established them as the brightest comedy team in the business. 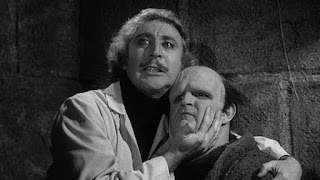 “I started writing about what I would like to see [Frankenstein stories] become,” Wilder told Robert Osborne about the genesis of Young Frankenstein in a rare interview in 2013. “I wanted to make it a happy ending.”

Around the same time, Wilder gave an unforgettably wry performance as a doctor who falls in love with a sheep in Woody Allen’s Everything You Always Wanted to Know About Sex *But Were Afraid to Ask (1971). Still, the actor’s biggest commercial success came with a string of madcap comedies with comic Richard Pryor — including Silver Streak(1976), Stir Crazy (1980), and See No Evil, Hear No Evil (1989) — that made Wilder the most bankable star in Hollywood. 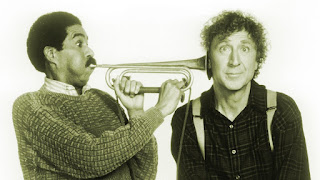 Wilder was already twice married when he met Saturday Night Live veteran Radner on the set of 1982’s Hanky Panky. The pair wed in 1984, just five years before Radner’s death, of ovarian cancer, in 1989. “She was always funny, and she loved doing what she was doing,” Wilder told Osborne, recalling how Radner teased him for never having seen any of her “Roseanne Rosannadanna” sketches, then made him watch them all. “And I saw those films, and she was wonderful,” Wilder said. “And then she got sick.”

The tragedy turned the actor — who was himself diagnosed with non-Hodgkins lymphoma in 1999 — into an activist, inspiring him to co-found the cancer outreach network Gilda’s Club. Wilder still worked sporadically after Radner’s death, notably in his own NBC sitcom Something Wilder (1994–95) and an Emmy-winning guest spot as Will Truman’s off-kilter boss on Will & Grace in 2003. In recent years, Wilder shifted his focus from performing to writing, producing a memoir (2005’s Kiss Me Like a Stranger: My Search for Love and Art), a book of stories, and three novels. 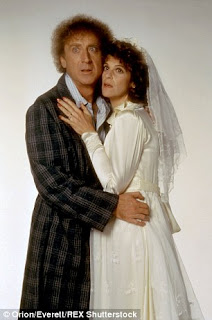 While Wilder will be remembered as one of the funniest actors Hollywood ever knew, he insisted otherwise. “When people see me in a movie, and if it’s funny, they stop and say things to be about ‘how funny you are,’” he told Osborne, saying that was the biggest misconception people have about him. “I don’t think I’m that funny. I think I can be, in the movies.”
The movies will miss him... 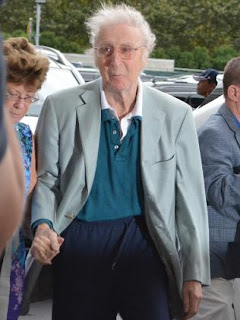