WHERE ARE THEY NOW: HARVEY SPENCER STEPHENS

One of the movies that I simply love watching at Halloween is the original The Omen from 1976. However, with have a young son now and a wife who hates scary movies, I do not get the chance to watch it as much as I'd like. Gregory Peck and Lee Remick were the big name actors in the movie, but I wanted to see whatever happened to the true star of the movie - the child actor who played Damien. Harvey Spencer Stephens played the role perfectly, but never really did a lot in Hollywood.

Stephens was born on November 12, 1970 in Putney, London, England. He was four years old when picked for the part, which required him to have his blond hair dyed dark brown. According to Omen director Richard Donner, during an interview with AMC, Stephens got the part after he beat up Donner and punched him in the testicles, at Donner's urging. Because Harvey was so young, Richard Donner found that the best way to direct him was to provoke genuine reactions before the camera. For example, when Damien is angry at being taken to church, Donner got his peeved facial expression by shouting to Stephens off camera "What are you looking at you little bugger? I'll clobber you." 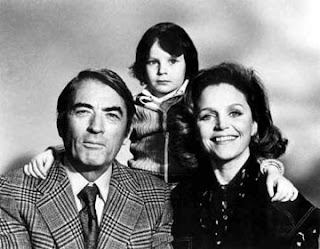 It was the only major film role in Stephens' career, apart from a small role in the 1980 TV film Gauguin the Savage. He also appears in the DVD special features section of the 2006 version of The Omen, and has a small role as a tabloid journalist in the film.

Interview footage of Stephens from 1996 was used in the 2005 documentary The Curse of the Omen, a programme detailing the supposed eerie coincidences surrounding the making of the film. Thirty years after originating his role in The Omen, he appeared in the 2006 remake as a news reporter. Stephens appeared on The Howard Stern Show on Sirius Radio on 23 April 2008 to promote a film he was working on. As of today, it does not look like the movie ever was made. He said he also has started appearing at autograph signings / horror conventions "with my tricycle." Harvey is back to living in England now, where he has been employed as a futures trader on the London stock market and as late as 2010 was a property developer in Kent, England. He is married with a son, but I have no clue if his son is named Damien... 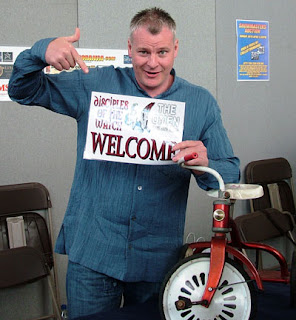 Posted by David Lobosco at 6:05 AM