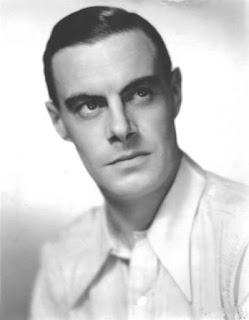 In the 1931 film Frankenstein, Boris Karloff stole the movie as The Monster. Even though his name in the movie was just "The Monster", he was forever known as "Frankenstein".  The scientist who actually created the monster was Dr. Henry Frankenstein. Audiences got the scare factor from Karloff's monster, but Colin Clive - who played the insane scientist got the best lines in the movie, and he was as important to the film as Karloff.

Colin Clive was born in Saint-Malo, France in 1900, to an English colonel, and he attended Stonyhurst College and subsequently Royal Military Academy Sandhurst, where an injured knee disqualified him from military service and contributed to his becoming a stage actor. On stage, one of his roles was Steve Baker, the white husband of racially mixed Julie LaVerne, in the first London production of Show Boat. This production also featured Sir Cedric Hardwicke and Paul Robeson.

Although Colin Clive made only three horror films, Whale's two Frankenstein films and Mad Love (1935), he is widely regarded as one of the essential stars of the genre by many film buffs. His portrayal of mad Dr. Frankenstein has proved inspiration and a launching pad for scores of other mad scientist performances in films over the years. When he screams "It's Alive!" as his creation comes to life, it is one of the cinema's best remembered lines.

Clive's first screen role, in Journey's End, was incidentally directed by James Whale. Clive played the alcoholic and tormented Captain Stanhope, a character that (much like Clive's other roles) tragically mirrored his personal life.

Clive was also an in-demand leading man for a number of major film actresses of the era, including Katharine Hepburn, Bette Davis, Corinne Griffith and Jean Arthur. He also starred as Edward Rochester in a 1934 adaptation of Jane Eyre opposite Virginia Bruce. He was related to Clive of India and appeared in a featured role in a film biography of his relative in 1935. 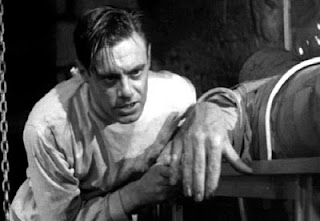 From June 1929 until his death, Clive was married to actress Jeanne de Casalis. Although she worked in films and on stage, her greatest success was as a comedienne on radio sitcoms in England, playing the dithering "Mrs. Feather". De Casalis did not accompany her husband to Hollywood. They never had any children.

Colin Clive suffered from severe chronic alcoholism and died from complications of tuberculosis in 1937 at age 37. Clive's alcoholism was very much apparent to his co-stars, as he was often seen napping on set and sometimes was so intoxicated that he had to be held upright for over-the-shoulder shots. Filming of Frankenstein had to be halted a few times to let Clive sober up enough to do his scenes.

Over 300 mourners turned out for the lonely soul that died alone. One of the pallbearers was Peter Lorre. His cenotaph is located at Chapel of the Pines Crematory, but his ashes were scattered at sea in 1978 after they spent over 40 years unclaimed in the basement of the funeral parlour where his body was brought after his death. His life was tragically short, but in the few movies Colin Clive made he left a lasting impression. His crazed scientist in one of the horror genre's most beloved films will live on for generations and generations to come. In a sense Colin Clive achieved what his mad scientist character dreamed of creating - everlasting life...