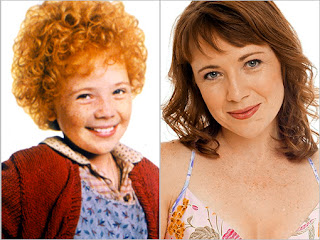 Back in 1982, "Annie" became a huge phenomenon and the anniversary is being celebrated with a special edition, commemorative Blu-ray. It will feature a sing-a-long feature that allows fans to go right along with their favorite songs.

.Aileen Quinn is all grown up now, but she will always be Annie.

Yahoo Movies did speak with Quinn, and the former child star revealed some interesting facts about "Annie" that were previously unknown. They bring some cool info to life, especially about the audition.

The late Gene Siskel, famed movie critic, was very critical of "Annie" even though it garnered a few Oscar nominations and Quinn got a Golden Globe nomination. Quinn remembers, "He said 'I think those freckles were painted on.' And if you could see me right now in person they were definitely not painted on. I'm a freckled girl, I'm very Irish."

Quinn discussed co-star Carol Burnett (Miss Hannigan) as being a huge lifesaver for her. They are still in touch to this day and even get together for dinners once in a while. Quinn says that Burnett took good care of her on the set and would never let her get in harm's way.

For auditions, director John Huston staged a huge nationwide hunt for the lead in "Annie." The audition process involved 8,000 hopeful little girls over the span of a year. Quinn said she auditioned eight total times and couldn't believe it when she got the part. She was told by search coordinator Garrison True after another screen test.

"What a great actor to work with," she said of Albert Finney. Finney was beginner in singing. Quinn recalls her fondest memory of Finney's constant singing practice on the sets. 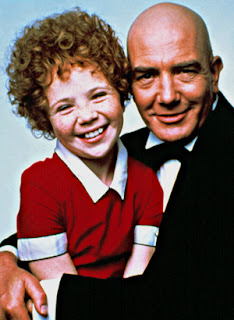 Quinn has disclosed how when she was sleepy between takes, Finney would tickle her knees to keep her awake when they were sitting in the back of the Duesenberg.

Finney was also a beginner in dance. Quinn also shares how dedicated Finney was to learning the right moves. He would put bottle caps underneath his loafers to practice tap dancing, "He was, like, in it to win it... so adorable."

Carol Burnett, who played the role of the almost always tipsy orphanage warden, Miss Hannigan, was a mother-hen to Quinn and the two keep in touch till date. 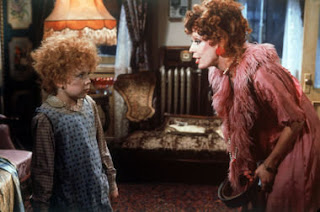 "She (Burnett) would help me do my homework on set, cover the hole when I was climbing the bridge (in the final sequence of the film) and just protect me. She was so kind," Broadway.com quoted Quinn as saying.

The memory with Bernadette Peters that Quinn remembers the most is when Peters was struggling with driving a stick shift. "...this New York City girl was having a lot of trouble with that."

Quinn presently serves as an adjunct professor at Monmouth University, New Jersey, whose administration building was used as Warbucks' mansion in the film. However, she is on extended leave as she has also started a band aptly called "The Leapin Lizards," which covers the 50s songs with a modern touch.

Entertainment Weekly asked the former child artist if she still had a closet of red dresses. Quinn replied that she didn't have any but her mother had kept two of the "Annie" dresses for safe keeping...