As a prelude to its annual 31 Days of Oscar, Turner Classic Movies (TCM) will dedicate the night of Monday, Jan. 31, to celebrating four film luminaries honored at the Academy of Motion Picture Arts and Sciences Governors Awards.

TCM's celebration of the 2010 Governors Award recipients will lead into the network's popular 31 Days of Oscar programming festival, which runs from Feb. 1 through March 3. The 2011 edition of the month-long event will feature more than 340 Academy Award-nominated and winning movies, scheduled in trivia-inspired marathons. In addition, each night will feature a Best Picture Oscar winner at 10 p.m. (ET).

The Academy Awards for outstanding film achievements of 2010 will be presented on Sunday, Feb. 27, 2011, at the Kodak Theatre at Hollywood & Highland Center and televised live by the ABC Television Network. The Oscar presentation also will be broadcast live in more than 200 countries worldwide.

The following is the complete schedule for TCM's Jan. 31 tribute to the 2010 Governors Awards honorees (all times Eastern). Quotations are from the Academy's award citations.

8 p.m. Breathless (1960) - This seminal French New Wave drama by Jean-Luc Godard stars Jean-Paul Belmondo as a hood on the lam with a young American woman, played by Jean Seberg. Adapted by Godard from a story by Francois Truffaut, this groundbreaking character study offers candid looks at Parisian life and a romantic anti-hero. Often imitated, but never duplicated, this film had a tremendous impact by opening the door to a looser form of storytelling. TCM will present the recently restored print of Breathless, which had its North American premiere last year at the first-ever TCM Classic Film Festival in Hollywood.

10 p.m. Baby Doll (1956) - Elia Kazan's powerful drama stars Carroll Baker as a child bride whose life is made miserable by her incompetent husband (Karl Malden) and a seedy business rival (Eli Wallach). Written by Tennessee Williams, this gritty film was shot on location in Mississippi. It was originally condemned by the Legion of Decency and withdrawn from release in much of the country. Baby Doll marked the debut of Wallach and Rip Torn. Wallach's performance earned him a BAFTA Film Award for Most Promising Newcomer.

Midnight The Rain People(1969) - This early film from Francis Ford Coppola stars Shirley Knight as a pregnant housewife who simply cannot handle married life anymore. After leaving her husband (Robert Duvall), she picks up an attractive football player (James Caan), who suffers from slight brain damage. This story, years ahead of its time, provides an outstanding showcase for its three leads. Filmmaker George Lucas served as an aide on The Rain People and made a short documentary about the film's production. 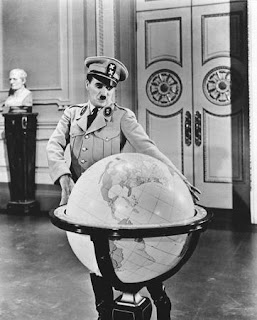