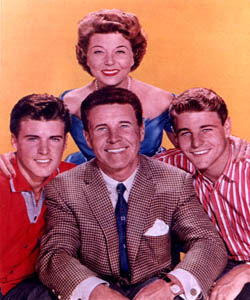 The last member of the popular 50s and 60s comedy sitcom 'The Adventures of Ozzie and Harriet' died Tuesday, January 11, 2011, in Century City, California. David Nelson, who was and portrayed the elder son of Ozzie and Harriet died from complications from colon cancer. He was 74.

Although the series started on radio in 1944 with the husband and wife and two unrelated child actors, 12-year-old David and 8-year-old Ricky stepped in 1949. Three years later, the long running television version got its debut on ABC. The series racked up some 435 episodes and built what David would later describe as a fantasy family, based on all the happy conclusions. When the series ended in 1966, it had become the longest-running family situation comedy in TV history — as well as serving as the launch pad and showcase for teen idol Rick's singing career.

"We would keep up the front of this totally problem less, happy-go-lucky group," David told an Esquire magazine reporter in 1971. "There might have been a tremendous battle in our home, but if someone from outside came in, it would be as if the director yelled, 'Roll 'em,' We'd fall right into our stage roles. It's an awfully big load to carry, to be everyone's fantasy family."

David was born October 24, 1936, in New York City, when Ozzie and Harriet were in their big-band heyday. Rick was born in 1940, the year before the Nelsons moved permanently to Hollywood.

Their path to replace the original child actors got a boost when Bing CrosbyBing Crosby brought his son Lindsay on the show for a guest appearance. Lindsay and the boys were already friends. David and Rick begged their parents to let them appear on radio as well.

Harriet told The Times in 1981: "You're not anxious to put your career in the hands of kids. They just opened their mouths and you never heard such laughs. Ricky sounded like a pipsqueak."

From the start, Ricky was given most of the funny lines and, as a result, he received most of the attention. But there wasn't really any rivalry between himself and his younger brother, Nelson said in a 1987 Associated Press interview.
"We were 3 1/2 years apart," David said. "So when Rick was funny, I laughed with everyone else. And when he became a popular singer, I rooted for him." 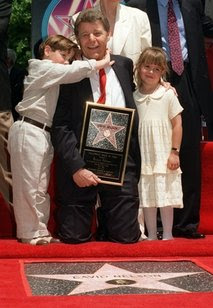