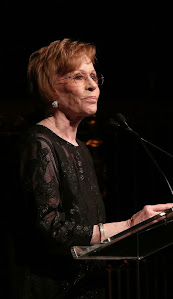 Carol Burnett is 89 and still working!The comedy legend will appear as a guest star in the sixth and final season of “Better Call Saul,” portraying a character named Marion, AMC announced. It’s unclear at this point how Marion fits into the denouement of the complicated journey and transformation of series antihero Jimmy McGill (Bob Odenkirk) into Albuquerque’s notorious criminal lawyer Saul Goodman.

“I’m thrilled to be a part of my favorite show,” Burnett, a six-time Emmy Awards winner, said in a statement.

In addition to Burnett, as previously announced, Bryan Cranston and Aaron Paul will appear in “Better Call Saul” Season 6 reprising their “Breaking Bad” roles of Walter White and Jesse Pinkman, respectively, as the show draws to its conclusion.
Carol Burnett recently appeared at the AFI Lifetime Achievement Award for her good friend Julie Andrews. Burnett is also posed to return to television in an Apple Network series with fellow comedian Kristen Wiig. 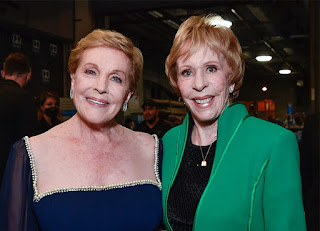 Burnett is best known for hosting variety sketch series “The Carol Burnett Show,” which aired on CBS from 1967-1978 and won 25 Emmys over its run. Burnett most recently won an Emmy for guest actress in a comedy series for her work on “Mad About You.” She also has won seven Golden Globes, a Grammy and a Tony. She is a two-time Peabody Award winner as well as a recipient of both the Presidential Medal of Freedom and the Mark Twain Prize for American Humor. Burnett is repped by ICM and Media Four. 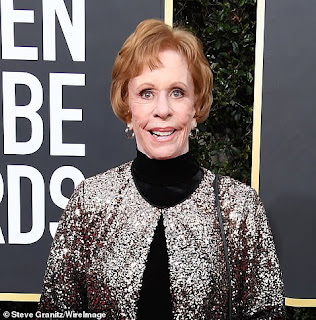 Posted by David Lobosco at 6:50 AM