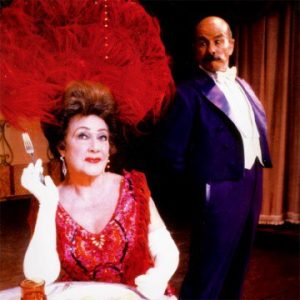 The Ethel Merman Dolly dynasty reigned from March 28, 1970 – December 27, 1970. On November 30th, The New York Times announced that she was closing on December 26–then, the Sunday matinee was added!

Merman had signed for three months and after two months, Mr. Merrick said, “Look: if you play it into the middle of December 1970-at that time we will have established being the longest-running show on Broadway.” She later said, “What can I say? He was a nice man!” The Merman saga had begun at Phyllis Diller's Opening Night on December 26, 1969. Diller was excellent. She did, however, go up on a line during the restaurant scene but covered impeccably, looking at her stage left prompter in the front row: "Ha! Anybody got a line??!" The audience loved it, but Merrick in gray watch plaid suit stood stoically behind the last three rows of the orchestra which were untouched, completely empty. He was approached and Ethel Merman was suggested.

THE NEW YORK TIMES celebrated the announcement of Merman joining HELLO, DOLLY! and the record-setting performance with three headlines: "Ethel Merman Agrees to Take HELLO, DOLLY! Lead for 3 Months"; on September 8, 1970 "Dolly Replacing Liza as Fairest Lady; Show's Matinee Tomorrow to Set Record"; on September 10, 1970 "HELLO, DOLLY! Cuts Longest- Run Cake." A section of the orchestra was saved for Merman's friends and Marie Marchesani had the definitive line: "It was Merman with an extra kick." Outside the St. James a plaque was installed: "David Merrick's Production HELLO, DOLLY! celebrated its 2.718th Performance on September 9, 1970." It was the longest running musical in Broadway history. 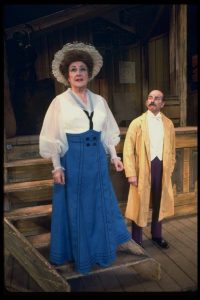 The role of Dolly Levi in the musical was originally written for Ethel Merman, but Merman turned it down; as did Mary Martin (although both eventually played it).

Eventually, he hired Carol Channing, who ultimately created Dolly her signature role. Director Gower Champion was not the producer’s first choice, as Hal Prince and others (among them Jerome Robbins and Joe Layton) all turned down the job of directing the musical.

Merman retired from Broadway in 1970, when she appeared as the last Dolly Levi from the original Broadway ru nIn Brian Kellow’s biography of Ethel Merman, A Life, he states that Herman made a study of all of Merman’s recordings, concluding that the role of Dolly was perfectly tailored to her talents. Herman was in Merrick’s office the day the producer made the call pitching the show to Ethel. Jerry saw Merrick go completely ashen.When Merrick hung up, he told Jerry that Merman said she would never do another Broadway show because she had spent her life in dressing rooms.

She was tired of doing Broadway and wanted to focus on film and television. If Merrick thought he could persuade her, he was wrong. Ethel never regretted her decision...
TO BE CONTINUED... 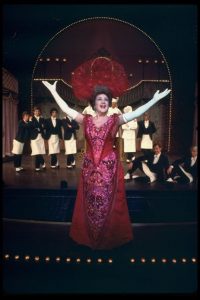 SOURCE
Posted by David Lobosco at 7:24 AM