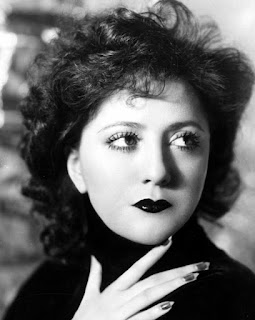 There are a lot of singers who died young from Amy Winehouse to Elvis Presley and even further back. One of the early singers who died young was Helen Morgan. A quintessential torch singer, she made a big splash in the Chicago club scene in the 1920s. She starred as Julie LaVerne in the original Broadway production of Hammerstein and Kern's musical Show Boat in 1927, as well as in the 1932 Broadway revival of the musical, and appeared in two film adaptations, a part-talkie made in 1929 (prologue only) and a full-sound version made in 1936, becoming firmly associated with the role. She suffered from bouts of alcoholism, and despite her notable success in the title role of another Hammerstein and Kern's Broadway musical, Sweet Adeline (1929), her stage career was relatively short. Helen Morgan died of cirrhosis of the liver at the age of 41. She was portrayed by Polly Bergen in the Playhouse 90 drama The Helen Morgan Story and by Ann Blyth in the 1957 biopic based on the television drama.

She was born Helen Riggin in 1900 in Danville, Illinois. Her father, Frank Riggin, was a farmer in Davis Township, Fountain County, Indiana. After her mother, Lulu Lang Riggin, divorced and remarried, she changed her last name to Morgan. Her mother's second marriage ended in divorce, and she moved to Chicago with her daughter. Helen never finished school beyond the eighth grade, and worked a variety of jobs just to get by. She worked as an extra in films. By the age of 20, Morgan had taken voice lessons and started singing in speakeasies in Chicago. Her voice was not fashionable during the 1920s for the kind of songs in which she specialized; nevertheless, she became a wildly popular torch singer. A draped-over-the-piano look became her signature while performing at Billy Rose's Backstage Club in 1925. Morgan became a heavy drinker and was often reportedly drunk during these performances.

In 1927, Morgan appeared as Julie LaVerne in the original cast of Show Boat, her best-known role. She sang "Bill" (lyrics by P.G. Wodehouse, music by Jerome Kern) and "Can't Help Lovin' Dat Man" in two stage runs and two film productions of Show Boat over a span of 11 years. 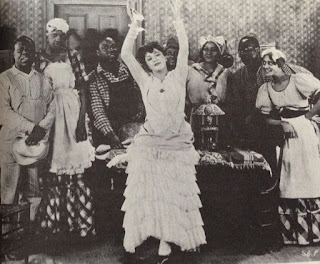 During the run of Show Boat, however, Morgan's stardom led to difficulties. Her prominence in the world of New York nightclubs (actually illegal speakeasies in the era of Prohibition) led to her fronting a club called Chez Morgan, at which she entertained. On December 30, 1927, only days after the opening of Show Boat, she was arrested at Chez Morgan for violation of liquor laws. Charges were dropped in February 1928, and the club reopened as Helen Morgan's Summer Home, but she was arrested again on June 29 and this time indicted. A jury acquitted her at a trial held in April 1929.
Morgan starred in a radio program, Broadway Melodies, on CBS. The show, which featured light, popular, and semiclassical music, ran from September 24, 1933, to April 22, 1934. A later version, retitled Broadway Varieties and without Morgan, ran from May 2, 1934, to July 30, 1937.

Her last film appearance was in the 1936 version of Show Boat, often considered to be the better of the two film versions of the stage musical. It was remade in Technicolor in 1951. The 1929 film version was based on Edna Ferber's novel of the same name, from which the musical was adapted, rather than on the show. 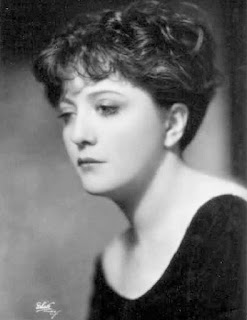 In the late 1930s, Morgan was signed up for a show at Chicago's Loop Theater. She also spent time at her farm in High Falls, New York. Alcoholism plagued her, and she was hospitalized in late 1940, after playing Julie La Verne one last time in a 1940 Los Angeles stage revival of Show Boat. She made something of a comeback in 1941, thanks to her manager, Lloyd Johnston. However, the years of alcohol abuse had taken their toll. She collapsed onstage during a performance of George White's Scandals of 1942 and died in Chicago of cirrhosis of the liver on October 9, 1941.

Morgan was married three times. Her first husband was Lowell Army, a fan she had met at a stage door while she was performing in Sally. On May 15, 1933, she married Maurice "Buddy" Maschke III, the grandson of longtime Ohio Republican Party leader Maurice Maschke. Morgan ended up suing Buddy Maschke for divorce in 1935. Her third husband was Lloyd Johnston, whom she married on July 27, 1941. On June 25, 1926, in Springfield, Illinois, Morgan had a baby girl named Elaine Danglo who was adopted out of the family. 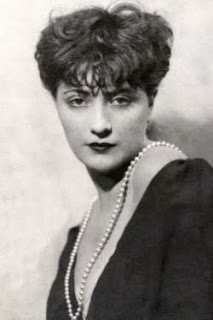 Posted by David Lobosco at 8:27 AM