BORN ON THIS DAY: HARVEY KORMAN 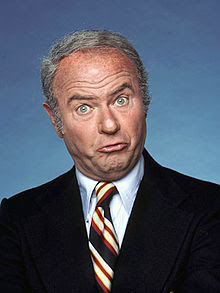 Today we celebrate the birth of one of the greatest straight men in the history of comedy - Harvey Korman. Perhaps only Bud Abbott had accomplished more as a straight man. Korman portrayed Bud Abbott in a poorly conceived TV movie on the life of Abbott & Costello in the 1970s.  Korman, who was of Russian Jewish descent, was born in Chicago, Illinois on February 15, 1927, the son of Ellen (née Blecher) and Cyril Raymond Korman, a salesman. He served in the United States Navy during World War II. After being discharged, he studied at the Goodman School of Drama and at HB Studio. He was a member of the Peninsula Players summer theater program during the 1950, 1957, and 1958

Korman's first television role was as a head waiter in The Donna Reed Show episode, "Decisions, Decisions, Decisions". He appeared as a comically exasperated public relations man in a January 1961 episode of the CBS drama Route 66. He was seen on numerous television programs after that, including the role of Blake in the 1964 episode "Who Chopped Down the Cherry Tree?" on the NBC medical drama The Eleventh Hour and a bartender in the 1962 Perry Mason episode, "The Case of the Unsuitable Uncle." He frequently appeared as a supporting player on The Danny Kaye Show from 1963 through 1967. He was cast three times, including the role of Dr. Allison in "Who Needs Glasses?" (1962), on ABC's The Donna Reed Show. He also guest-starred on Dennis the Menace and on the NBC modern western series Empire. 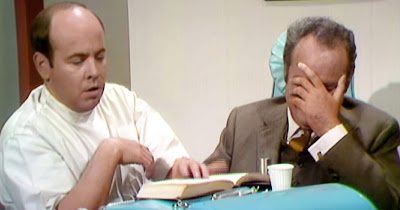 With the 1967 debut of The Carol Burnett Show, Korman saw his greatest fame. He was nominated for six Emmy Awards for his decade of work on The Burnett Show and won four times – in 1969, 1971 (for "Outstanding Achievement" by a performer in music or variety), 1972, and 1974. He was also nominated for four Golden Globes for the series, winning that award in 1975. 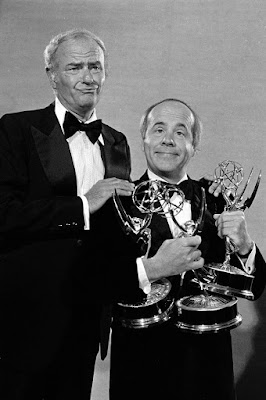 While appearing on The Carol Burnett Show, Korman gained further fame by appearing as the villainous Hedley Lamarr in the 1974 film Blazing Saddles. He also starred in High Anxiety (1977) as Dr. Charles Montague. In 1978 he appeared in the CBS Star Wars Holiday Special providing "comedy" in three of the special's variety segments: a cantina skit with Bea Arthur where he plays a barfly who drinks through a hole in the top of his head, another as Chef Gormaanda, a four-armed parody of Julia Child, and one as a malfunctioning Amorphian android in an instruction video. In 1980 he played Captain Blythe in the Walt Disney comedy, Herbie Goes Bananas. In 1981 he played Count de Monet in History of the World, Part 1. In later years he did voice work for the live-action film The Flintstones as well as for the animated The Secret of NIMH 2: Timmy to the Rescue.

He also reunited with fellow Carol Burnett Show alumnus Tim Conway, making a guest appearance on Conway's 1980–1981 comedy-variety series The Tim Conway Show. The two later toured the U.S. reprising skits from the show as well as performing new material. A DVD of new comedy sketches by Korman and Conway, Together Again, was released in 2006. Korman and Conway had been jointly inducted into the Television Hall of Fame in 2002. He died of an aneurysm in 2008... 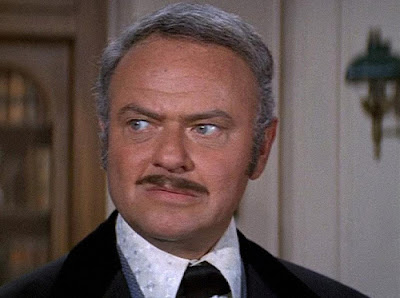 Posted by David Lobosco at 9:28 AM