THE HORRORS OF CLASSIC HOLLYWOOD 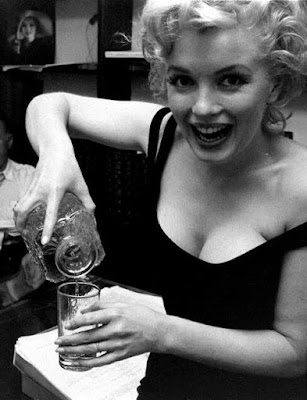 Hollywood isn’t all that glamorous, actors say all the time. There’s no privacy. The tabloids invent whatever sells. Sitting in makeup chairs every day. Getting ripped apart on social media.

In the early days of silent cinema, actors were ashamed to be seen in films. Movies were middle class, low-brow diversions, whereas theater was the respected art of the wealthy. But as more people ventured to the movies, they started demanding to know the people appearing on screen. Who was that woman trapped in a train car? Who was that handsome cowboy?

Movie producers didn’t have a good answer. Most of these actors didn’t have catchy names or dramatic backgrounds. They weren’t exactly marketable.

Then producer Carl Laemmle spread a rumor that actress Florence Lawrence had been killed in a streetcar accident. Shortly, he corrected the rumor and announced that, by the way, she would be starring in an upcoming film of his. He had promoted the first movie star.

Such a scheme formed the backbone of the industry’s new “star system,” the process of discovering, creating, and exploiting actors for profit. Women in particular got the brunt of the pressure; everything from their salaries to their bodies were tightly regulated.

In the 1920s major studios sent scouts to spot promising young talent and contract them for years of work. They would invent exciting actor backstories for the press, and mold their identities into roles that might define them for a lifetime. (Shirley Temple was the adorable pipsqueak before she was cast out.) Studios would even change actors’ names. (MGM held a contest to let the public vote on Joan Crawford’s name. She hated it, said it reminded her of crayfish. Later she was labelled “box office poison.”)

We know Judy Garland as leading lady in The Wizard of Oz, but for the most part her studio gave her girl-next-door parts. She was the yearning gal pal, the ugly duckling searching for love. She simply wasn’t as beautiful as her counterparts — Ava Gardner and Elizabeth Taylor. 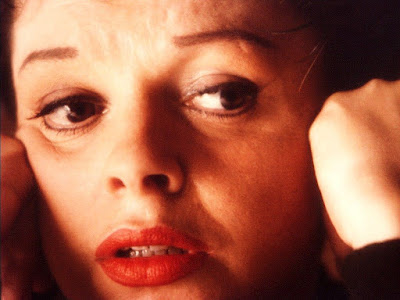 Born Frances Ethel Gumm, she changed her name to Judy Garland while touring with her two older sisters in their vaudeville act. Then MGM spotted her in 1935.

Struck by her singing voice and stage presence, MGM offered her a contract and immediately put her to work. In 1937 they paired Garland with Mickey Rooney in a series of Andy Hardy teenage musicals; as planned, she played the girl next door.

With strict contracts, morality clauses, and minimal child labor laws, studio bosses were able to push child stars at breakneck pace. Garland worked six days per week, sometimes 18-hour shifts of constant singing and dancing to pump out as many movies as possible. To keep her energy up and force her weight down, studios plied her with “pep pills,” amphetamine uppers to keep her perky and alert all day. When she couldn’t sleep, they supplied sleeping pills.

“After four hours they’d wake us up and give us the pep pills again,” said Garland. She was using throughout the filming of Wizard of Oz.

In 1941, at age 19, Garland married composer David Rose. MGM did not approve, and ordered her back to work within 24 hours of the wedding. When she became pregnant, her mother Ethel worked with the studio to arrange for an abortion. She was innocent little Dorothy, after all. The public wasn’t ready to see her as a mother, a grown-up.

Meanwhile, MGM manipulated Garland’s publicity. When she gained weight, she was made to take more speed, while press reps told magazines she ate like a truck driver. Her persona was not her own, and she was given little time to discover herself outside the movies.

Hers was not an isolated case. The star system invented many leading stars, and subsequently dropped them when their popularity waned or left them for broke. 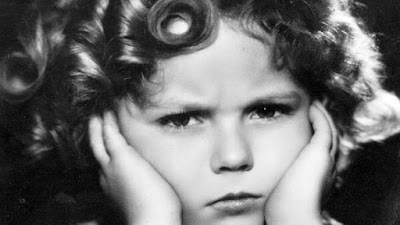 Child star Shirley Temple was discovered in 1932, after which she was cast in a series of sexually suggestive “Baby Burlesks,” in which babies act out flirtatious bar and dance scenes. When they misbehaved, studio employees would lock children in windowless sound rooms with nothing but a block of ice to sit on. In her autobiography Child Star, Temple wrote, “Its lesson of life, however, was profound and unforgettable. Time is money. Wasted time means wasted money means trouble.”

From 1935 to 1939, Temple was the most popular movie star in the country. She made a startling 23 films during the Depression.

But after her 1940 film The Blue Bird tanked, Fox dropped her from the studio at 12 years old. Months later, MGM picked her up. During her first visit, producer Arthur Freed invited her into his office, unzipped his pants, and exposed his genitals to Temple. She giggled and he threw her out.

When her golden hair turned brown as a teenager, she became, to the public, “an unremarkable teenager,” wrote historian David Thompson. She retired in 1950 after almost 50 films.

Remarkably, for a child actor under such pressure, Temple’s life was relatively stable. She died in 2014, aged 85.

Judy Garland was not so fortunate.

In 1944, Garland began work on Meet Me in St. Louis. By the end of filming she had called in sick 16 days. Her increasing reliance on “bennies,” amphetamines the studios had hooked her on, was becoming a problem. Her absence was costing the studio money.

They tightened her leash. “If Metro [MGM] had protected her and often catered to her, it had also imprisoned her. Inside those walls she would forever remain the ugly duckling of her early teens,” wrote Vanity Fair in 2000. 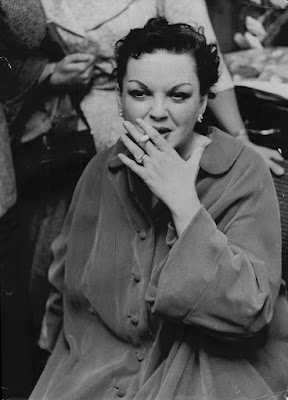 In 1947, work on The Pirate had to be postponed until February. The songs Garland had pre-recorded were scrapped — she sounded too feeble. When she did appear for filming, she seemed to be sleepwalking, staring off into space, like she didn’t know where she was. When she was on uppers, she acted paranoid or hallucinated.

“The studio became a haunted house for me,” Garland said later. “Every day when I went to work it was with tears in my eyes, resistance in my heart and mind.”

Meanwhile, MGM’s accountants were calculating every minute Garland called in sick or sought help at psychiatric clinics. Those filming delays would come out of her paycheck. At one point, she owed $100,000.

Studio head Louis B. Mayer flew Garland to Boston where she checked into a hospital and learned to eat and sleep again. MGM loaned her the money for the stay.

Three months and three meals per day later, Garland returned to Hollywood healthier and plump. Too plump for the studio. They ordered her to lose weight. So Garland turned to what she had been taught: fasting and more pills.

When she missed more days filming Summer Shock, she was suspended from MGM one last time. Later, Garland would slice her neck with a piece of glass. Though a minor flesh wound, the tabloids got a hold of the story. “JUDY GARLAND CUTS THROAT OVER LOST JOB,” headlined The Los Angeles Mirror. Garland was officially damaged goods.

Though she would make a brief comeback in the 1960s singing her most beloved songs on the publicity circuit, she was financially unstable and still reliant on the daily cocktail of uppers and downers. Garland ultimately died from a barbiturate overdose in 1969, at age 47. 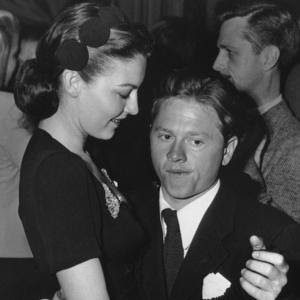 Her one-time costar Mickey Rooney, who got hooked on the same drugs in the 1930s, said of Garland, “They seemed to want her to pass away, and no one wanted to heal her.” He called her “the greatest talent that ever trod the boards.”

Ultimately, the star system would be dismantled by a series of high-profile lawsuits. Actors like Bette Davis sued studios beginning in the 1930s, in attempts to free themselves from uncompromising contracts. Marilyn Monroe walked out on filming The Seven Year Itch until Fox fixed her contract demands. Finally, Shirley MacLaine’s successful 1959 lawsuit marked the end of the star system era. 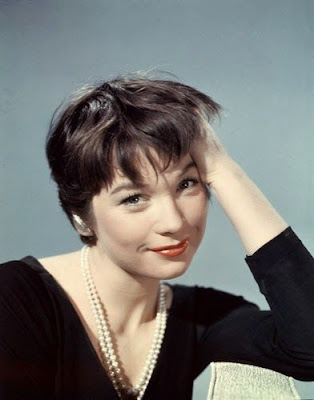 By this time, the stigma around drugs, mental health, and women’s behavior was beginning to loosen. Actors began to market themselves as individuals and control their own image. If they found themselves the center of a scandal, it was due to paparazzi, a bad publicist, or these days, computer hackers.

Through it all, most Depression-era actors withstood the long studio hours and managed to avoid crippling addiction. Others were young victims who knew no alternative...