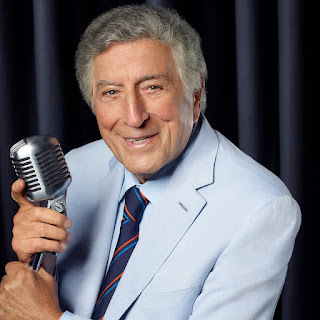 Legendary singer Tony Bennett has Alzheimer's disease and was diagnosed in 2016, according to a profile in AARP magazine.

At his neurologist's recommendation, the 94-year-old continued to tour and record music after his diagnosis, and because of music's "peculiar power" to rouse deep memories in dementia patients, "audiences and critics never suspected his condition."

Bennett continued to record and tour up until March 2020, when the coronavirus pandemic ended live musical performances.

Since then, his condition has worsened, his caregivers told AARP.

"Just how therapeutically beneficial performing had been for Tony soon became obvious when his world shrank to the confines of his apartment," Dr. Gayatri Devi, Bennett's neurologist, told the magazine.

Describing him as free today from some of the condition's worst symptoms — anger, disorientation — the magazine noted that there is still "little doubt that the disease had progressed."

AARP reported that Bennett’s “increasingly rare moments of clarity” show how far the disease has advanced; at the time of reporting the story, a fork and a set of house keys were “utterly mysterious to him.” 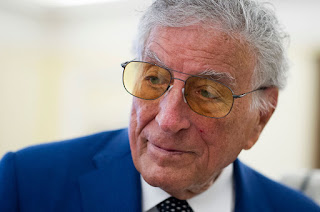 Lady Gaga's forthcoming collaboration with Bennett, recorded between 2018 and 2020 and slated to be released this spring, was among projects that helped slow the progression of his condition, the magazine noted.

Bennett's son and wife, Danny Bennett and Susan Crow, said theydecided to share the news of Bennett's condition because they know he will be unable to do promotional interviews after the album's scheduled release this spring.

They are are reportedly eager for "as many ears as possible to hear and enjoy what may very well be the last Tony Bennett record." Posted by David Lobosco at 9:21 AM