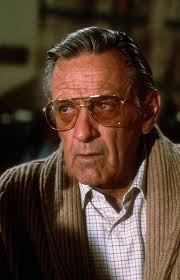 It has been nearly 25 years since screen legend William Holden died. He sadly died when he bled to death after falling. It is interesting to read this original obit from the NY Times of November 17, 1981...

William Holden, the film star who won an Oscar in 1953 for his role in ''Stalag 17'' and who represented the manly, straightforward, romantic figure during a career of more than 40 years, was found dead yesterday in his apartment in Santa Monica, Calif.


Mr. Holden, who was 63 years old, was found by an apartment manager. The police said he had apparently died of natural causes and had been dead for possibly two or three days. His permanent home was in Palm Springs but he maintained an apartment in Santa Monica.
His performance as Gloria Swanson's ill-fated lover in ''Sunset Boulevard'' in 1950 was perhaps his best known; it won him a second Oscar nomination. His role in ''Network '' in 1976 won him a third. His most recent movie was ''S.O.B.,'' a farce, in which Vincent Canby, reviewing the film in The New York Times, said he was ''especially fine.'' The movie was released last July.
Mr. Holden was for many years a sort of grownup boy-next-door type, but his acting developed a fine cynical edge in such films as ''The Bridge on the River Kwai'' and ''Sunset Boulevard'' as well as ''Stalag 17.'' 'I'm Not a Classic Actor'
''I'm a pretty fair interpreter of a certain kind of contemporary character,'' he said in an interview in The Times in 1976. ''I'm not a classic actor, dealing in tragedy. Most actors have a specific corridor, and within the limits of that corridor they travel the course of their career.
''For me, acting is not an all-consuming thing, except for the moment when I am actually doing it. There is a point beyond acting, a point where living becomes important. When you're making a movie, you get up in the morning and you put on a cloak; you create emotions within yourself, send gastric juices rushing up against the lining of your stomach. It has to be manufactured.'' 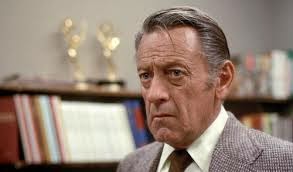 Indeed, there was a seven-year period in the late 1950's and early 60's when Mr. Holden made no movies in Hollywood; he moved abroad to Switzerland, Hong Kong and Kenya. He became a conservationist and a founder of the Mount Kenya Safari Club. He invested in hotels in Africa, where he said he was happiest. However, he did return to Hollywood in 1965 to make ''Alvarez Kelly.''
The actor, whose original name was William Franklin Beedle Jr., was born April 17, 1918, in O'Fallon, Ill. His father was a chemist and his mother a teacher. The family moved to California when he was very young, and he attended public schools in Monrovia and Pasadena. At junior college he took a course in radio drama, and made his first stage appearance at the Playhouse Theater. A talent scout, impressed by his performance in the role of Madame Curie's grandfather, persuaded Paramount to give him a small part in ''Million Dollar Legs'' in 1939. It was then that he took the name William Holden, which he made his legal name in 1943.
It was also in 1939 that he had his first major role - and the title role - in ''Golden Boy,'' opposite Barbara Stanwyck. Mr. Holden's performance established him immediately as star. From then on, he made more than 50 movies; most but not all were successful, and he tried to set certain standards both for himself and for the movies in which he agreed to appear. He was handsome but not in a classic matinee-idol style; he was the decent average man, only a bit better than average. He became one of the most popular male movie stars ever, respected by the critics and by directors. The director Billy Wilder said that he was ''the best movie actor of his generation.''
His most notable movies included ''Our Town'' (1940); ''Apartment for Peggy'' (1948); ''Union Station'' (1950); ''Executive Suite'' (1954); ''Sabrina'' (1954); ''The Country Girl'' (1954); ''The Bridges at Toko-Ri'' (1955); ''Love is a Many-Splendored Thing'' (1955); ''Picnic'' (1956); ''The Key'' (1958) and ''The World of Suzie Wong (1960)... 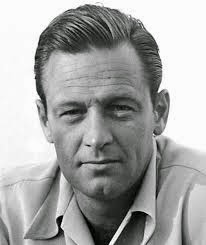 SOURCE
Posted by David Lobosco at 9:01 AM