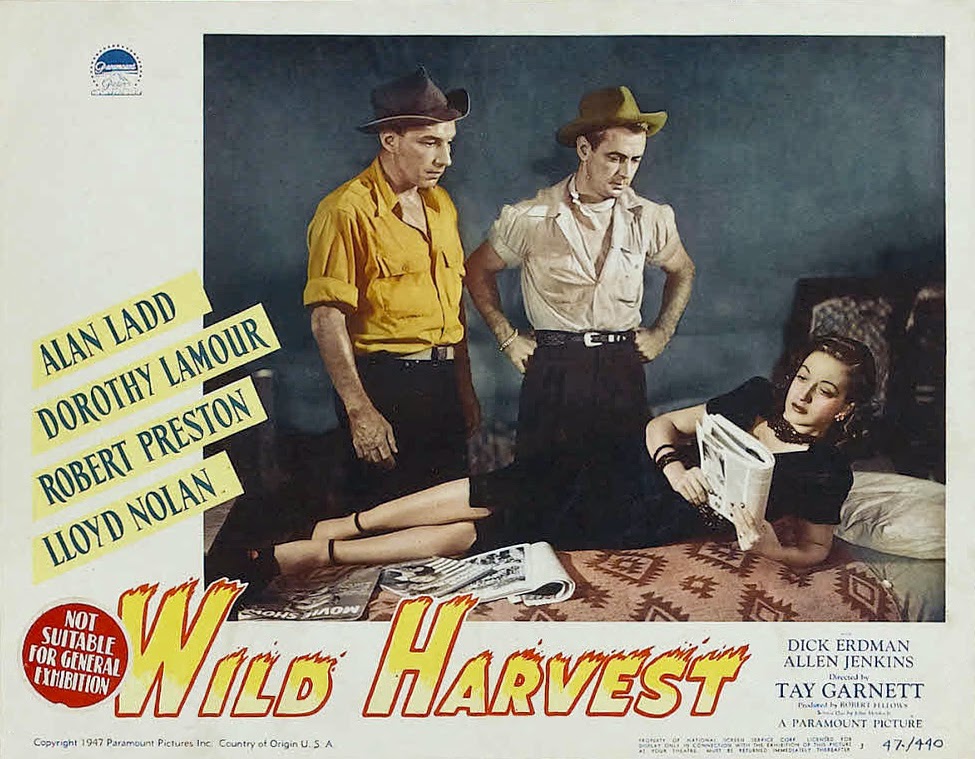 Here is another movie review from guest reviewer and film historian Bruce Kogan. This time up he reviews a forgotten 1947 drama. I haven't seen the movie in years, so I looked foward to this review...

In the annals of Hollywood legends, Wild Harvest has a unique reputation. Not that it's a great film, but because of the circumstances under which it was filmed. At least the interiors that were done at Paramount studios under interesting circumstances.

Mentioned in both Beverly Linet's biography and in the The Citadel series on The Films Of Alan Ladd, there was a strike by one of the unions at the time. Rather than be guilty of crossing the picket line, director Tay Garnett had cast and crew bunking at the studio. As Garnett liked a happy set, he catered everyone with plenty of food and a nice free flowing supply of liquor.

There were several bar scenes in this film which is about the itinerant harvesting crews who use the giant combine machines to harvest wheat in the autumn. If the cast looks a little oiled and lubricated they were. A great time was had by all.

Lloyd Nolan narrates the film and it is his eyes through which we see the action. He spends most of the time coming between Alan Ladd and Robert Preston who are his best friends, but have totally different personalities. Ladd is a by the book dead serious guy who has raised the money for the machines and hired a crew. Preston is an ace mechanic and Ladd needs him to keep his combines running. But Preston likes a good time and nothing keeps him from that. 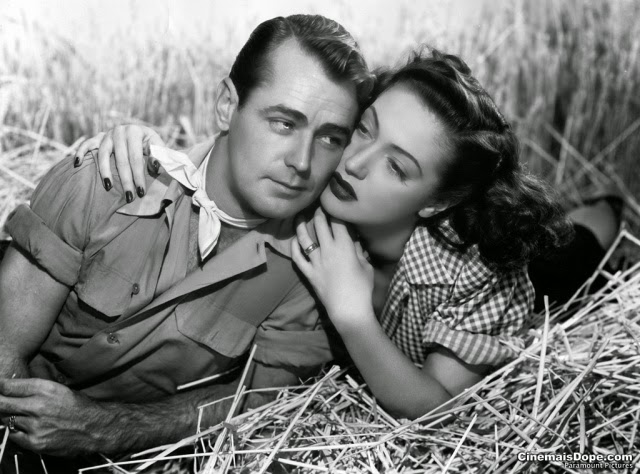 Enter Dorothy Lamour who probably was playing her worst character. She plays of Ladd and Preston and gets their hormones going. But Preston is whom she marries and Preston who has a bit of larceny in his soul starts skimming the wheat and selling some of what they harvest in some private sales. In the old west this would be the equivalent of cattle rustling and the wheat farmers feel about the same way toward 'high graders' which is the term for what Preston is doing.

Wild Harvest veers wildly toward serious drama and outright slapstick comedy. Maybe under more normal working conditions the film might have turned out better, who knows. The most interesting character in the film is Lamour who could have done more of these roles had she been cast. Still Ladd and Preston fans will see something interesting if not the best work for either of these guys. 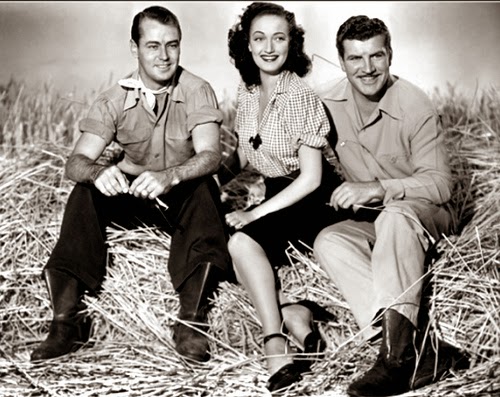