BORN ON THIS DAY: LAURENCE OLIVIER 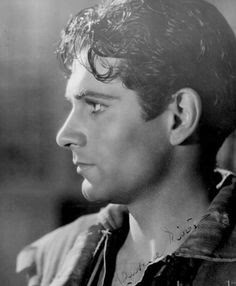 Hollywood has attracted some of the greatest talents in the history of the world. Today, we get to honor the birth of one of the greatest actors - Laurence Olivier. Olivier was born on this day in 1907 in Dorking, Surrey, the youngest of the three children of the Reverend Gerard Kerr Olivier (1869–1939) and his wife Agnes Louise, née Crookenden (1871–1920).  In 1912, when Olivier was five, his father secured a permanent appointment as assistant rector at St Saviour's, Pimlico. He held the post for six years, and a stable family life was at last possible.

Olivier was devoted to his mother, but not to his father, whom he found a cold and remote parent. Nevertheless, he learned a great deal of the art of performing from him. As a young man Gerard Olivier had considered a stage career and was a dramatic and effective preacher. Olivier wrote that his father knew "when to drop the voice, when to bellow about the perils of hellfire, when to slip in a gag, when suddenly to wax sentimental ... The quick changes of mood and manner absorbed me, and I have never forgotten them." 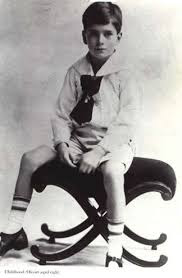 In 1930, with his impending marriage in mind, Olivier earned some extra money with small roles in two films. In April he travelled to Berlin to film the English-language version of The Temporary Widow, a crime comedy with Lilian Harvey, and in May he spent four nights working on another comedy, Too Many Crooks. During work on the latter film, for which he was paid £60, he met Laurence Evans, who became his personal manager. Olivier did not enjoy working in film, which he dismissed as "this anaemic little medium which could not stand great acting", but financially it was much more rewarding than his theatre work.

Olivier and Jill Esmond married on 25 July 1930 at All Saints, Margaret Street, although within weeks both realised they had erred. Olivier later recorded that the marriage was "a pretty crass mistake. I insisted on getting married from a pathetic mixture of religious and animal promptings. ... She had admitted to me that she was in love elsewhere and could never love me as completely as I would wish". Olivier later recounted that following the wedding he did not keep a diary for ten years and never followed religious practices again, although he considered those facts to be "mere coincidence", unconnected to the nuptials. 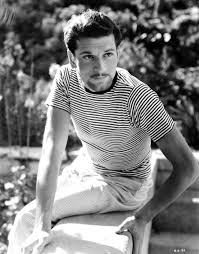 In 1930 Noël Coward cast Olivier as Victor Prynne in his new play Private Lives, which opened at the new Phoenix Theatre in London in September. Coward and Gertrude Lawrence played the lead roles, Elyot Chase and Amanda Prynne. Victor is a secondary character, along with Sybil Chase; the author called them "extra puppets, lightly wooden ninepins, only to be repeatedly knocked down and stood up again". To make them credible spouses for Amanda and Elyot, Coward was determined that two outstandingly attractive performers should play the parts. Olivier played Victor in the West End and then on Broadway; Adrianne Allen was Sybil in London, but could not go to New York, where the part was taken by Esmond. In addition to giving the 23-year-old Olivier his first successful West End role, Coward became something of a mentor.

In 1931, Olivier signed a two picture deal with RKO, and he was supposed to star in Queen Christina with Greta Garbo on loan to the studio, but he was removed from the film due to lack of chemistry with Garbo. Frustrated with Hollywood, Olivier returned to the stage. He would not make his mark on Hollywood until he starred in 1939's Wuthering Heights. After that movie was released, Oliver became a legendary Hollywood icon and the rest is history... 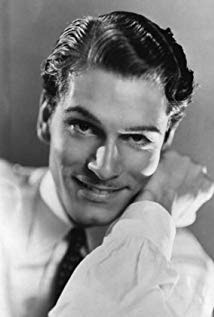 Posted by David Lobosco at 7:20 AM