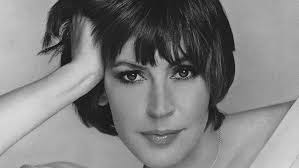 Australian singer Helen Reddy, who became a global superstar on the back of her hit I Am Woman, has died in Los Angeles at the age of 78.

Her children, Traci Donat and Jordan Sommers, confirmed her death in a statement on Reddy's official Facebook page on Wednesday morning.

"It is with deep sadness that we announce the passing of our beloved mother, Helen Reddy, on the afternoon of September 29th 2020 in Los Angeles," they wrote.

"She was a wonderful Mother, Grandmother and a truly formidable woman. Our hearts are broken. But we take comfort in the knowledge that her voice will live on forever."

Earlier, Sommers posted a picture with his mother captioned with three purple hearts.

The Melbourne-born Reddy, whose trailblazing life was dramatised in the recent bio-pic I Am Woman, was regarded as the queen of 1970s pop with her hits including Delta Dawn, Angie Baby, Leave Me Alone (Ruby Red Dress) and Ain't No Way To Treat A Lady.

After arriving in New York as a 24-year-old single mother of a three-year-old with just over $US200 to her name, she overcame years of struggle in the US to become the world's top-selling female singer in 1973 and 1974. 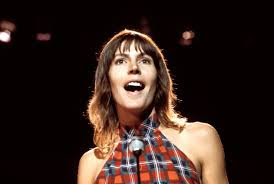 She won a Grammy for I Am Woman, had her own weekly prime-time television variety show and branched into an acting career on screen and stage that included a Golden Globe nomination for Airport 1975.

Reddy was born into a show business family in 1941 and began performing as a child. In 1966, she won a singing competition on the television show Bandstand to travel to New York and audition for a recording contract. When that opportunity vanished on arriving, she stayed - after a brief diversion to Canada for visa reasons - in the US.

After marrying Jeff Wald, who was her manager, Reddy's recording career initially took off with the B-side to her second single - a cover of I Don't Know How To Love Him from the musical Jesus Christ Superstar - becoming a moderate chart success.

She went on to have three number one hits and another dozen songs in the US top 40.

It was 1972's I Am Woman - she wrote the empowering lyrics ("I am woman, hear me roar/ In numbers too big to ignore") with Australian singer-songwriter and friend Ray Burton providing the music - that became her enduring legacy.

At a time when a woman could not get a credit card or a mortgage in her own name, Reddy emerged to become one of the world's highest paid entertainers.

Diagnosed with dementia in 2015, she had been living in a nursing home for retired Hollywood talents in Los Angeles... 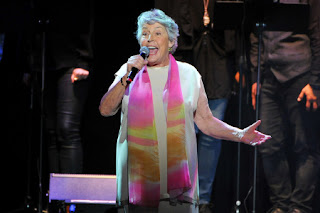 Posted by David Lobosco at 7:20 PM