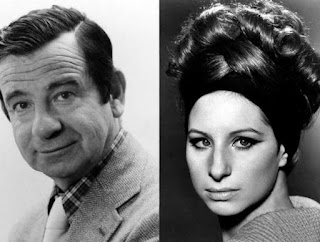 During the 1960s, even with the changing music scene, big movie musicals were being made. One of the biggest Broadway hits of that decade was "Hello, Dolly!", starring Carol Channing. Channing was not a movie actress so Barbra Streisand was brought in to star. Her co-star Walter Matthau did not like her and a feud commenced.

Once filming began, it didn’t take long for Walter Matthau and Barbra Streisand, who were separated in age by 22 years, to start arguing. Streisand was known for requesting retakes on Funny Girl, and when she started doing it on Hello, Dolly!, Matthau, who had just won an Oscar for The Fortune Cookie, was annoyed and then outraged. He called her “Miss Ptomaine.” As things deteriorated further, he refused to be in the same room with the actress who was supposed to be his love interest, except when they were filming a scene.

“I have more talent in my smallest fart than she does in her entire body,” Matthau was quoted as saying.

And that was not all. Matthau also said, “The trouble with Barbra is that she became a star long before she became an actress. Which is a pity, because if she learned her trade properly, she might become a competent actress instead of a freak attraction–like a boa constrictor.” 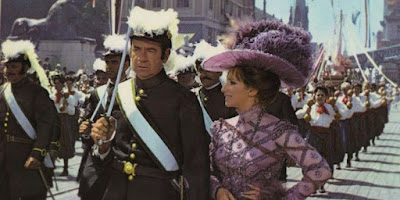 As for Streisand, she loathed him just as much, calling him “old sewer mouth.” When it came time for the two to kiss at their wedding, Matthau refused to do it, and a variety of camera angles were used to create the impression that their lips touched without actually meeting.

No less a writer than Nora Ephron, profiling Streisand for Good Housekeeping magazine, reported on the personality clashes, and took Streisand’s side. Wrote Ephron: “People who worked on Hello, Dolly! insisted that Matthau was to blame for the difficulty. ‘It’s a very simple story,’ said a friend of mine who was there. ‘She’s twenty-six years old and she’s the biggest star in town. Can you imagine how a big spoiled crybaby like Matthau reacts to playing second fiddle to that?’ Matthau reportedly became so upset he went to complain to Richard Zanuck, the head of 20th Century-Fox. ‘Do I need a heart attack?’ asked Matthau. ‘Do I need an ulcer?’ Zanuck listened politely until Matthau finished whining. ‘I’d like to help you out,’ he replied, ‘but the film is not called Hello, Walter.’ ”

The film was a box office flop... 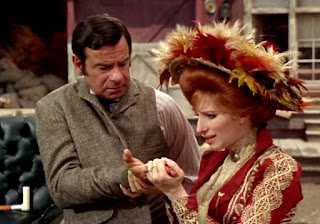 Posted by David Lobosco at 8:21 AM