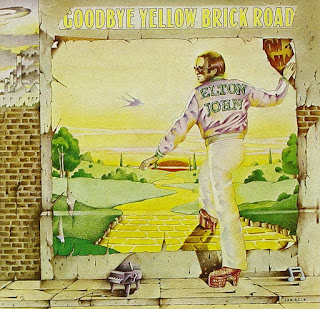 The song was released in 1973 as the album's second single, and entered the Top Ten in both the United Kingdom and the United States. It was one of John's biggest hits, and surpassed the previous single, "Saturday Night's Alright for Fighting", in sales and popularity quickly following its release. In the US, it was certified Gold on 4 January 1974 and Platinum on 13 September 1995 by the RIAA. 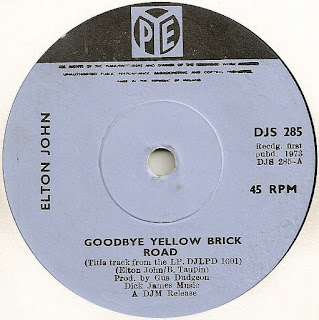 The Yellow Brick Road is an image taken from the 1939 movie The Wizard of Oz. In the movie, Dorothy and her friends are instructed to follow the yellow brick road in search of the Wizard of Oz, only to find that they had what they were looking for all along. The road leads to the Emerald City in the land of Oz, often referred to as a metaphor for "The road that leads to life's fantasies" or "The road that leads to life's answers." The lyrics describe wanting to go back to a simpler existence after living what the narrator thought was the good life, but realizing they had simply been treated like a pet.

The Wizard of Oz was reportedly the first film that Elton John's songwriting partner Bernie Taupin had ever seen, and he used the imagery in the lyrics relating to his own life as his desire to "get back to [his] roots. 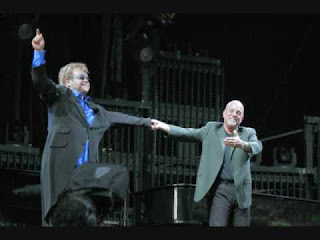 John's One Night Only: The Greatest Hits Live at Madison Square Garden had this song done as a duet with Billy Joel.This is my favorite version. Billy Joel really makes the song his own, and I prefer it to the original recording that Elton did.

"Goodbye Yellow Brick Road" is still regularly included in John's live performances, although since 1997 he has transposed the key of the song downward (from F major to E-flat major) due to no longer being able to sing its high falsetto chorus... 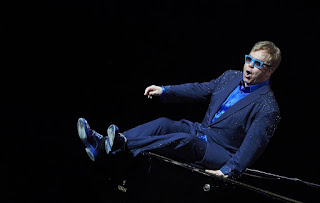 Posted by David Lobosco at 6:26 AM