THE LAST DAYS OF BUSTER KEATON 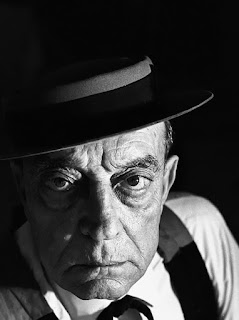 Buster Keaton was on of the greatest film comedians of all-time. As a silent era comedian, there was no comparison with the exception of Charlie Chaplin maybe. What MGM did to Keaton in the late 1920s to 1930s is a crime, but he regained some of his reputation in his final years. He conquered his addiction to alcohol, and he had a successful third marriage. Audiences rediscovered the genius of Buster Keaton, and thankfully he was still alive to see it.

As Buster turned 70 in 1965, he was starting to slow down. He did an Italian movie in the summer of 65. He was there for six weeks and not feeling well. As far as he knew, he had bronchitis and continued to smoke. Then he went up to the Venice Film Festival where he became quite sick. A lot of it was exhaustion. From there he went to Spain, where he did A Funny Thing Happened On The Way To The Forum. Keaton has a grueling schedule for a 70 year old, let alone a 70 year old who is sick.

On the flight home, they had to give him oxygen, so Keaton called the doctor when he got home and they took x-rays. The doctors has a disturbing prognosis for his wife as half of one lung was working and the other lung was gone. The doctors gave him a week to three months. Buster knew he was sick but did not know the problem. No one ever told him he had lung cancer. The doctor said not to tell him, that it would scare the wits out of him. They put him on a strong drug program, and it seemed to do a lot of good. Keaton kept smoking though.With lung cancer, you have little pain because the lungs have no nerves. He would get long winded easily though and had to rest often. 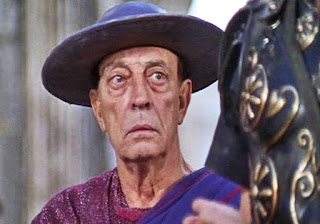 The last day, January 30, 1966 he was playing bridge with wife, and he started having breathing and speech problems. He was taken to the hospital, and the doctors thought at first he had had a stroke, but that wasn't the case. The cancer had metastisized and gone to his brain. He was gone in 24 hours. His third and final wife, Eleanor died in 1998 at the age of 80. She also died of lung cancer, the same disease that killed Buster. He died with no pain, and personally I am glad because he suffered so much pain during his life... 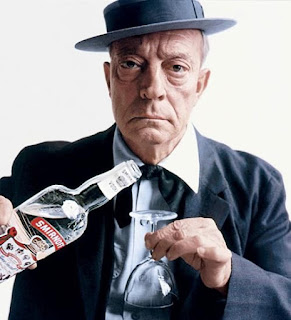 Posted by David Lobosco at 9:55 AM