When I was little I was afraid of everything. I think it had something to do with having neurotic and emotionally challenged parents. Anyways, I grew up and now I love the horror genre. I have seen every season of FX's American Horror Story. Some of the seasons are more violent than others, but I feel that the writing and the acting is top notch and some great stars have appeared on the series. There has been eight seasons, with season nine starting this fall. I figured I would take the time to rank the seasons of the show, and comment below if you are a fan and/or you have any opinion... 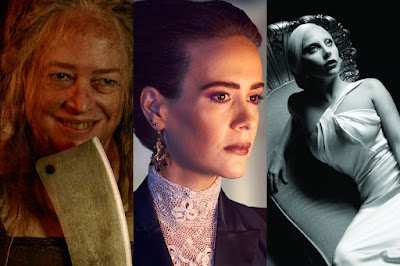 Season six was so awful that I almost stopped watching the show because of it. Two actors have made the show for me - Sarah Paulson and Evan Peters. Both may sit out season nine, so I am concerned for the upcoming season.

Since season six as well there has only been 10 episodes for each season, so I feel that the writing has suffered as well because of the rush to tell a story. I wish they would return to 13 episodes in my opinion.

So does American Horror Story scare you? I'll be watching season nine with popcorn and all the lights on! 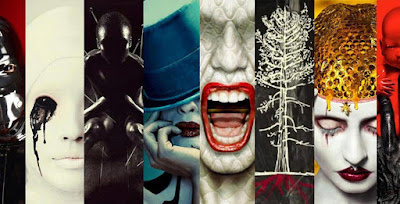