WHAT A CHARACTER: NEDRA VOLZ 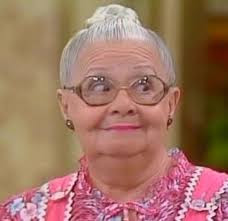 You may ask who the heck is Nedra Volz? If you grew up in the 1980s as I did, then you woud recognize her in many television shows. Born in Montrose, Iowa on June 18, 1908, she began her career in the family tent show, and appeared in vaudeville as a toddler (called "Baby Nedra"). In the early 1930s, Volz was featured vocalist with Cato's Vagabonds, a Des Moines, Iowa, big band that briefly enjoyed national popularity. Cato never made records, but Nedra managed to appear on exactly one 78 side, with Will Osborne's orchestra in 1933.

Beginning with an episode of Good Times in 1975, she became a well-recognized supporting character actress, primarily on television and also in feature films. Nedra often played grandmothers or feisty little old ladies, in 1970s sitcoms such as Alice, Maude and One Day at a Time, after she appeared in two of Norman Lear's summer television series: as Grandma Belle Durbin in A Year at the Top in 1977 and as Bill Macy's housekeeper Pinky Nolan in Hanging In in 1979. In 1978, Volz appeared in the pilot episode of the TV series WKRP in Cincinnati, where she whacked a turntable with her umbrella in protest of the station's format change, and in All In The Family was Edith's spinster relative and unwelcome visitor, Aunt Iola. In 1980, she appeared in several Jack in the Box TV spots as they blew up Jack. 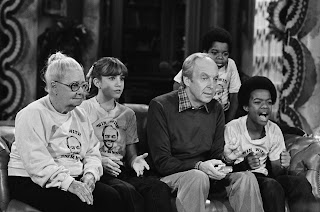 By 1980 she appeared on TV almost weekly, starting with a recurring role as housekeeper Adelaide Brubaker in the sitcom Diff'rent Strokes. In 1981 she landed another recurring role as Emma Tisdale on the TV show The Dukes of Hazzard. In the 1982–83 season, Volz was the matriarch in the Filthy Rich, a series spoofing prime-time soap operas of the day. Volz's character Winona "Mother B" Beck, was the discarded first wife of cryogenically frozen Big Guy Beck (Slim Pickens and, after his death, Forrest Tucker), constantly trying to escape from the nursing home to return to the family mansion, Toad Hall. Volz's final series role was as the bail-bonds woman that hired Lee Majors bounty-hunter character on The Fall Guy from 1985 until the series ended in 1986.

In "Mission of Peace", a 1986 episode of The A-Team, she was one of a group of senior citizens forced into asking the team for help. She portrayed the roles of Mrs. Perwinkle and Angelica on The Super Mario Bros. Super Show in 1989. She remained a guest star for on such series as Night Court, Coach, The Commish and Babes into the early 1990s and she continued to act well into her eighties.

In Moving Violations, director Neil Israel allowed her to do many stunts herself, including being lifted into a window and falling head-first onto the floor. Volz's last acting role was in The Great White Hype in 1996. She died on January 20, 2003 of Alzheimer's disease... 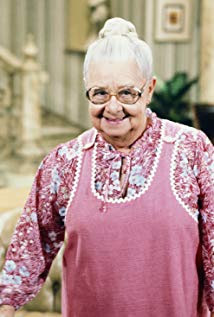