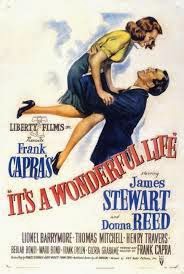 I have to admit I have never seen the 1946 classic It's A Wonderful Life. I have seen parts of it, but not the whole movie. I vow I will try to remedy that this year! In the meantime here is what the New York Times thought of the film when it published this review on December 23, 1946...

The late and beloved Dexter Fellows, who was a circus press agent for many years, had an interesting theory on the theatre which suited his stimulating trade. He held that the final curtain of every drama, no matter what, should benignly fall upon the whole cast sitting down to a turkey dinner and feeling fine. Mr. Fellows should be among us to see Frank Capra's "It's a Wonderful Life," which opened on Saturday at the Globe Theatre He would find it very much to his taste.

For a turkey dinner, with Christmas trimmings, is precisely what's cooking at the end of this quaint and engaging modern parable on virtue being its own reward. And a whole slew of cozy small-town characters who have gone through a lot in the past two hours are waiting around to eat it—or, at least, to watch James Stewart gobble it up. For it is really Mr. Stewart, who does most of the heavy suffering in this film, and it is he who, in the end, is most deserving of the white meat and the stuffing.

That is because Mr. Capra, back from the war, has resumed with a will his previously manifest penchant for portraying folks of simple, homely worth. And in this picture about a young fellow who wants to break away from his small-town life and responsibilities but is never able to do so because slowly they close in upon him, Mr. Capra has gone all out to show that it is really a family, friends and honest toil that make the "wonderful life." 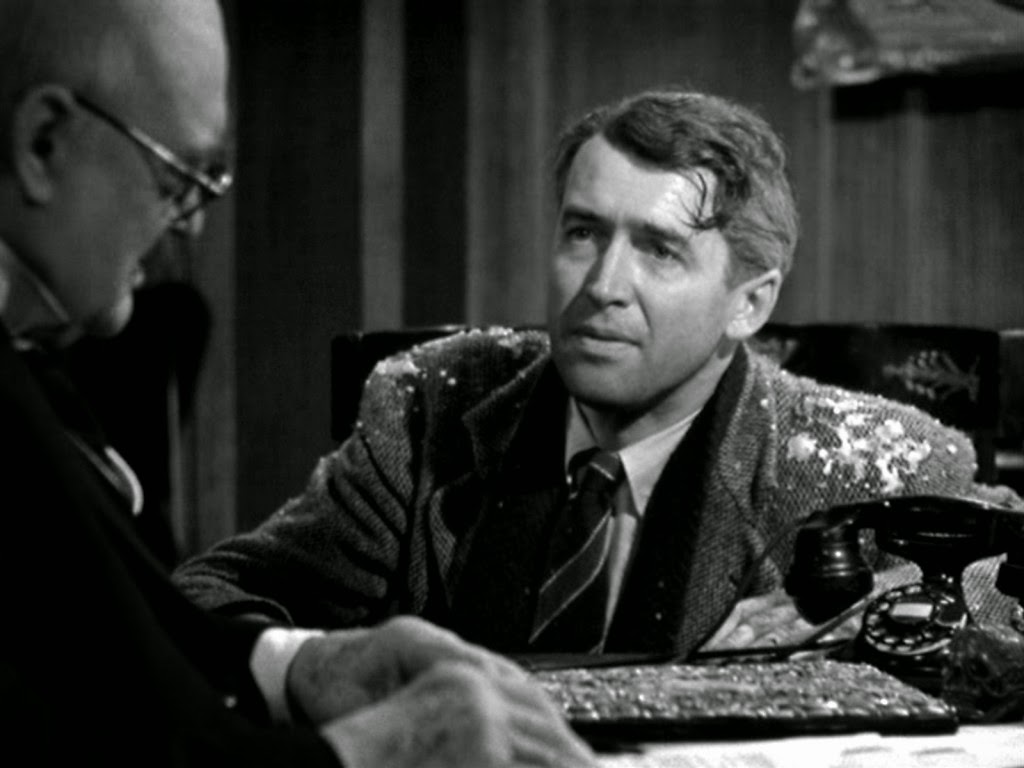 His hero is a personable fellow who wants to travel and do big things but ultimately finds himself running a building-and-loan association in a one-horse town, married and locked in constant struggle with the greedy old banker of the town. And when it finally looks as though the banker is about to drive him to ruin, he makes what appears a brash endeavor to take his own baffled life. Whereupon a heavenly messenger providentially intercedes and shows him, in fanciful fashion, what the town would have been like without him. The vision is so distressing that he returns to his lot with boundless joy — and is saved, also providentialy, by the financial assistance of his friends.

In composing this moralistic fable, Mr. Capra and his writers have tossed in a great abundance of colloquial incidents and emotional tangles of a mistful, humorous sort. The boyhood of his hero, the frolic at a high school dance, the clumsy pursuit of a courtship—all are shown in an entertaining way, despite the too frequent inclinations of every one to act juvenile and coy. And the heavier sections of the drama are managed in a tense, precipitate style. 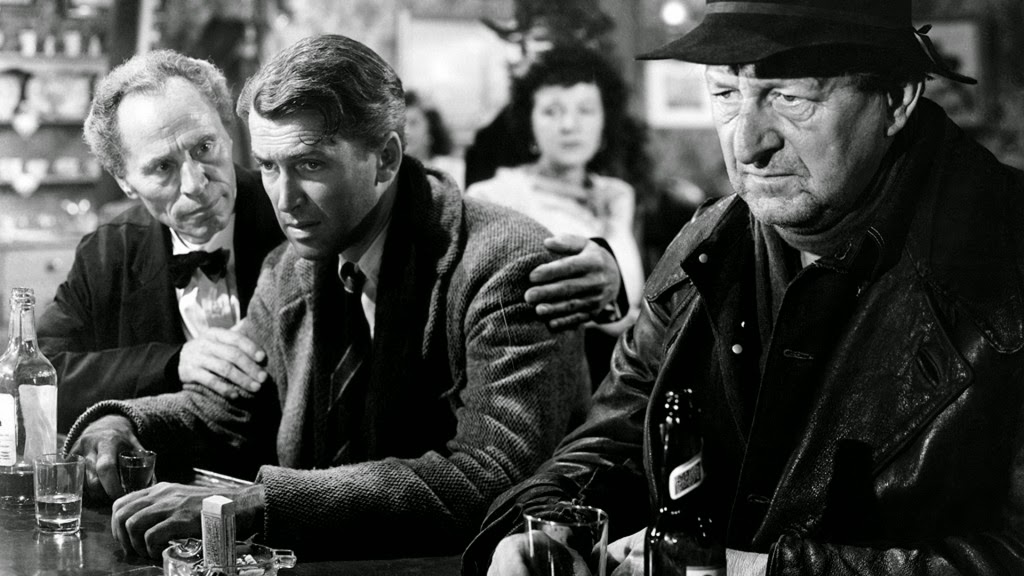 As the hero, Mr. Stewart does a warmly appealing job, indicating that he has grown in spiritual stature as well as in talent during the years he was in the war. And Donna Reed is remarkably poised and gracious as his adoring sweet-heart and wife. Thomas Mitchell, Beulah Bondi, H. B. Warner and Samuel S. Hinds stand out among the group of assorted small-town characters who give the picture variety and verve. But Lionel Barrymore's banker is almost a caricature of Scrooge, and Henry Travers' "heavenly messenger" is a little too sticky for our taste.

Indeed, the weakness of this picture, from this reviewer's point of view, is the sentimentality of it—its illusory concept of life. Mr. Capra's nice people are charming, his small town is a quite beguiling place and his pattern for solving problems is most optimistic and facile. But somehow they all resemble theatrical attitudes rather than average realities. And Mr. Capra's "turkey dinners" philosophy, while emotionally gratifying, doesn't fill the hungry paunch... SOURCE
Posted by David Lobosco at 6:33 AM