A BRIEF HISTORY OF THE RHYTHM BOYS 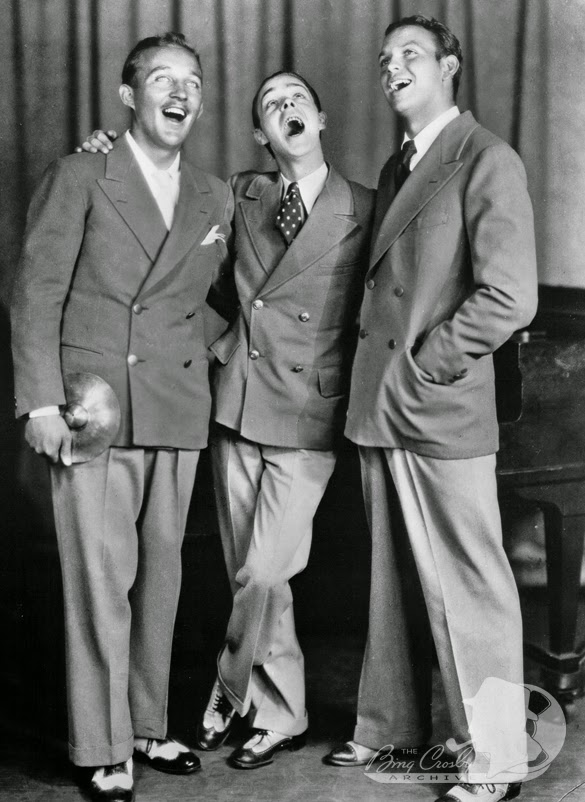 Bing Crosby and Al Rinker had been together in a Jazz band in Spokane, Washington while in college. The band was so popular that the two dropped out of college and drove Rinker's Model T to Los Angeles where Rinker's sister, Mildred Bailey, who was a Jazz singer was working. Shortly after their arrival in Los Angeles they landed a gig on the vaudeville circuit, as a vocal act. Some members of Paul Whiteman's Orchestra, caught their act and recommended them to Whiteman who hired them in October of 1926.

While waiting to join Whiteman's Orchestra they made their first record "I've Got the Girl" with Don Clark's Orchestra ( (a former member of Whiteman's Orchestra) at The Biltmore Hotel in Los Angeles (506 South Grand Ave.). Bing and Al then joined the Whiteman Orchestra in Chicago, where they made their first records with Whiteman. At first, things didn't go well for Crosby and Rinker. Whiteman's audience didn't like them and the theatre manager where they were playing at the time asked that they be dropped from the act, but rather than drop them, Whiteman added a young singer and song writer, Harry Barris to the act. The act was billed as the Rhythm Boys. The trio sang in three part harmony with both Rinker and Barris playing piano. Barris wrote a song called "Mississippi Mud" which became a hit with the Whiteman Orchesta and featured Bix Beiderbecke on cornet. 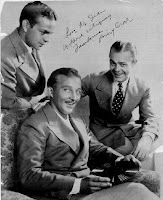 After awhile, Whiteman and Crosby were not getting along. Bing drank a lot had landed in jail a couple of times. He missed some of the filming of Whiteman's movie "King Of Jazz," after being involved in an auto accident while driving drunk. Whiteman pulled some strings and got Bing released from the jail. Crosby was escorted in handcuffs to the studio by a police officer whenever he was scheduled to appear in the film. After the movie was completed in 1930, Whiteman fired them. The Rhythm Boys then joined the Gus Arnheim Orchestra at the Cocoanut Grove in Los Angeles. Bing was featured more and more as a soloist, and in 1931, Bing recorded his first solo hit, I Surrender, Dear with Gus Arnheim and his Cocoanut Grove Orchestra.

Radio broadcasts from the Cocoanut Grove made Bing a star, but his wild ways caused him to start missing performances, and Crosby's pay was docked. The Rhythm Boys quit playing at the club, but the local musicians' union banned them from playing, which caused the Rhythm Boys to call it quits. Bing's solo career soared after the Rhythm Boys broke up. Crosby went on to become one of the biggest stars of Twentieth century. The Rhythm Boys performed only one more time, in 1943, on a radio broadcast called Paul Whiteman Presents... 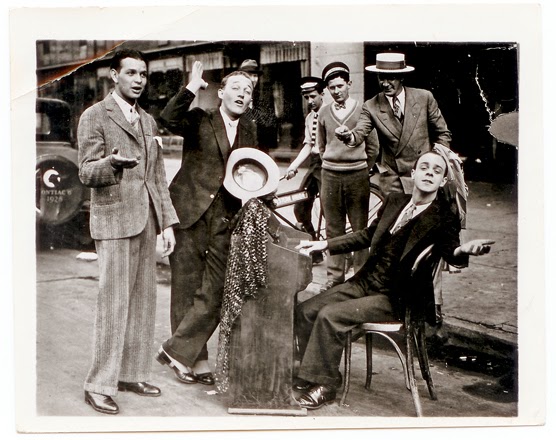 SOURCE
Posted by David Lobosco at 6:34 AM