WHAT A CHARACTER: NATHAN LANE 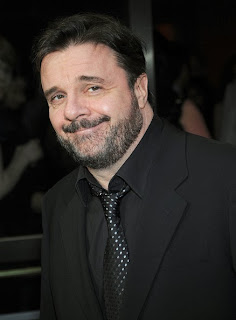 My wife has a funny story she tells everyone about Nathan Lane. We were going to the movies years ago to see the third Austin Powers movie (which starred comedian Mike Myers). Anyways Nathan Lane had a cameo in the film, and in the middle of the movie I yelled (way too loudly) "It's NATHAN LANE!". I admit I am a fan and everyone in the family knows it. I also tell everyone in the family that Nathan Lane should play Lou Costello in a film bio. From stupid movies like MouseHunt(1997) to musicals like The Producers(2005) to his great appearances on the television series "Modern Family", I think Nathan Lane is extremely talented and versatile.

Lane was born Joseph Lane in Jersey City, New Jersey on February 3, 1956, the son of Irish American Catholic parents. He was named after his uncle, a Jesuit priest. His father, Daniel, was a truck driver and an aspiring tenor who died from alcoholism when Lane was eleven; his mother, Nora, was a housewife and secretary who suffered from manic-depression, and died in 2000. He has two brothers, Robert and Daniel. His first Broadway appearance was in 1982 in a revival of Noël Coward's Present Laughter as Roland Maule (Drama Desk nomination) with George C. Scott, Kate Burton, Dana Ivey, and Christine Lahti. His second Broadway appearance was in the 1983 musical Merlin, starring Chita Rivera and magician Doug Henning. This was followed by Wind in the Willows as Mr. Toad, Some Americans Abroad at Lincoln Center, and the national tour of Neil Simon's Broadway Bound. 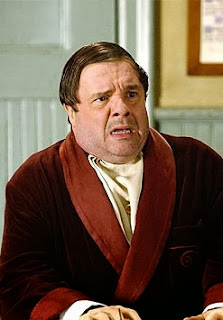 Lane won his second Tony Award for his portrayal of Max Bialystock in the blockbuster musical version of Mel Brooks's The Producers, as well as Drama Desk and Outer Critics Circle Awards. He later replaced Richard Dreyfuss in the role in 2004 at London's Theatre Royal Drury Lane at the last minute, and went on to win the Olivier Award as Best Actor in a Musical. He recreated his performance for the film version, for which he received his second Golden Globe nomination for Best Performance by an Actor in a Motion Picture, Musical or Comedy. He is best known for his roles as Mendy in The Lisbon Traviata, Albert in The Birdcage, Max Bialystock in the musical The Producers, Ernie Smuntz in MouseHunt, Nathan Detroit in Guys and Dolls, Pseudolus in A Funny Thing Happened on the Way to the Forum, and his voice work in The Lion King and Stuart Little.

In 2006, he received a star on the Hollywood Walk of Fame, and in 2008 he was inducted into the American Theatre Hall of Fame. No matter what Nathan Lane is in, the production is better because he is a part of it. He has created many large and memorable roles in three mediums - Broadway, movies, and television. Watch some of his work and you will realize why whenever I see him in something I have to yell out "It's NATHAN LANE!"... 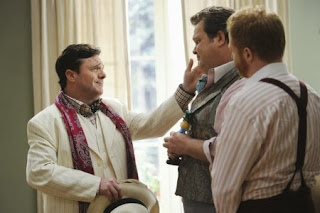 Posted by David Lobosco at 9:11 PM