BORN ON THIS DAY: ROBERT MITCHUM 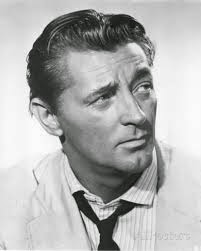 One of the true great movie personalities was Robert Mitchum. He never seemed to have put in a bad performance. I am surprised I haven’t profiled him more on my blog. Mitchum was born on this day – 97 years ago! Mitchum was born in Bridgeport, Connecticut into a Methodist family on August 6, 1917. His mother, Ann Harriet Mitchum (née Gunderson), was a Norwegian immigrant and sea captain's daughter, and his father, James Thomas Mitchum, was of Scots-Ulster descent and was a shipyard and railroad worker. A sister, Annette, (known as Julie Mitchum during her acting career) was born in 1914. James Mitchum was crushed to death in a railyard accident in Charleston, South Carolina, in February 1919, when his son was less than two years old.

After his father's death, his mother was awarded a government pension, and soon realized she was pregnant. She returned to her family in Connecticut, and married a former Royal Naval Reserve officer, Lieutenant Hugh Cunningham Morris RNVR, who helped her care for the children. In September 1919 a second son, John, was born. Ann and the Major also had a daughter, Carol Morris, who was born July 1927 on the family farm in Delaware. When all of the children were old enough to attend school, Ann found employment as a linotype operator for the Bridgeport Post.

Throughout Mitchum's childhood, he was known as a prankster, often involved in fistfights and mischief. When he was 12, his mother sent Mitchum to live with his grandparents in Felton, Delaware, where he was promptly expelled from his middle school for scuffling with a principal. A year later, in 1930, he moved in with his older sister, in New York's Hell's Kitchen. After being expelled from Haaran High School, he left his sister and traveled throughout the country on railroad cars, taking a number of jobs including ditch-digging for the Civilian Conservation Corps and professional boxing. He experienced numerous adventures during his years as one of the Depression era's "wild boys of the road." At age 14 in Savannah, Georgia, he was arrested for vagrancy and put on a local chain gang. By Mitchum's own account, he escaped and returned to his family in Delaware. It was during this time, while recovering from injuries that nearly cost him a leg, that he met the woman he would marry, a teenaged Dorothy Spence. He soon went back on the road, eventually riding the rails to California. 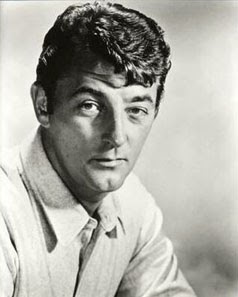 Mitchum arrived in Long Beach, California, in 1936, staying again with his sister Julie. Soon the rest of the Mitchum family joined them in Long Beach. During this time he worked as a ghostwriter for astrologer Carroll Righter. It was sister Julie who convinced him to join the local theater guild with her. In his years with the Players Guild of Long Beach, he made a living as a stagehand and occasional bit-player in company productions. He also wrote several short pieces which were performed by the guild. A nervous breakdown (which resulted in temporary blindness), apparently from job-related stress, led Mitchum to look for work as an actor or extra in movies. An agent he had met got him an interview with the producer of the Hopalong Cassidy series of B-westerns; he was hired to play the villain in several films in the series during 1942 and 1943. He continued to find further work as an extra and supporting actor in numerous productions for various studios. After impressing director Mervyn LeRoy during the making of Thirty Seconds Over Tokyo, Mitchum signed a seven-year contract with RKO Radio Pictures. He found himself groomed for B Western stardom in a series of Zane Grey adaptations.

Following the moderately successful western Nevada, Mitchum was lent from RKO to United Artists for the William Wellman-helmed The Story of G.I. Joe. In the film, he portrayed war-weary officer Bill Walker (based on Captain Henry T. Waskow), who remains resolute despite the troubles he faces. The film, which followed the life of an ordinary soldier through the eyes of journalist Ernie Pyle (played by Burgess Meredith), became an instant critical and commercial success. Shortly after making the film, Mitchum himself was drafted into the U.S. Army, serving at Fort MacArthur, California. At the 1946 Academy Awards, The Story of G.I. Joe was nominated for four Oscars, including Mitchum's only nomination for Best Supporting Actor. He finished the year off with a western (West of the Pecos) and a story of returning Marine veterans (Till the End of Time), before filming in a genre that came to define Mitchum's career and screen persona: film noir… 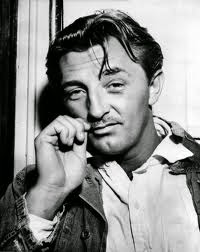