CARY GRANT ON HIS STYLE 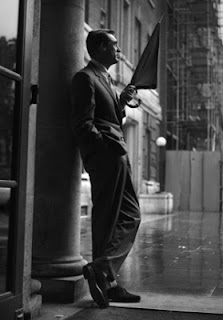 Here is a great article that appeared in GQ magazine back in 1967. In the article, acting icon Cary Grant explained his take on style...

I'm often asked for advice or an opinion about clothes, and I always try to answer the best I can, but I'm not inclined to regard myself as an authority on the subject. Many times during my years in films, some well-meaning group has selected me as best-dressed man of the year, but I've never understood why. The odd distinction surprises me: first, because I don't consider myself especially well dressed, and, secondly, I've never, as far as I can compare the efforts of others with my own, gone to any special trouble to acquire clothes that could be regarded as noticeably fashionable or up-to-date.

Some of my suits are ten to twenty years old, many of them ready-made and reasonably priced. Those that were custom-tailored were made by many different tailors in many different cities: London, Hong Kong, New York and Los Angeles. I believe that American ready-made clothes are the best ready-made clothes in the world: that the well-dressed American man makes a better appearance than the well-dressed man of any other country.

No, it isn't only money that determines how well a man dresses—it's personal taste. Because of the demands of my work, I've purchased dozens of suits over the years and they all have one attribute in common: they are in the middle of fashion. By that I mean they're not self-consciously fashionable or far out, nor are they overly conservative or dated. In other words, the lapels are neither too wide nor too narrow, the trousers neither too tight nor too loose, the coats neither too short nor too long. I've worn clothes of extreme style, but only in order to dress appropriately for the type of character I played in particular films. Otherwise, simplicity, to me, has always been the essence of good taste. 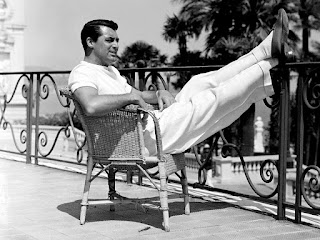 I believe men's clothes—like women's—should attract attention to the best lines of a man's figure and distract from the worst. In all cases, the most reliable style is in the middle of the road—a thoughtful sensible position in any human behavior. Except perhaps on the freeway—but, even then, the middle lane, providing of course, it's on your side of the road, usually gets you where you're going more easily, comfortably, and less disturbingly. And so it should be with clothes. They should be undisturbing, easy and comfortable.

How much on should pay depends on how much one has to spend. I'm reminded of a piece of advice my father gave me regarding shoes: it has stood me in good stead whenever my own finances were low. He said it's better to buy one good pair of shoes than four cheap ones. One pair made of fine leather could outlast four inferior pairs, and, if well cared for, would continue to proclaim your good judgment and taste no matter how old they become. The same applies to suits, so permit me to suggest you buy the best you can afford even though it means buying less. Rather like the stock market: it is usually more sensible to buy just one share of blue chip than 150 shares of a one-dollar stock.

A cardigan coat sweater of lightweight wool and conservative color is a useful investment. It can be worn without a coat on many occasions, and has the advantage of being easily slipped on without those arm-raising contortions and the need to re-comb your hair.

Shoes? I've already mentioned that good shoes look better and last longer. If a man must limit himself to only one pair of shoes for city wear, then they should be black. If two, then a brown pair of darkest chocolate color are useful with almost all suits and, if he has no moccasins, even with grey flannels. The moccasin type of shoe is, to me, almost essential and especially convenient when traveling, since they can be easily slipped off in the airplane or car.


Shirts should usually be white for the evening, but, in the city's grime, it's practical and permissible to wear a light blue or conservatively striped shirt during the day. The type of collar should suit the contours of the neck and face. As a younger man, I tried wearing a flared, too-high collar that, although modish amongst those I regarded as the sophisticates of that day, looked ridiculous on my 17 1/2- inch neck. Luckily, after the embarrassment of viewing myself from almost every angle on screen, that mistake was soon rectified. Button-cuffed shirts are simplest to manage, but if you wear cuff links, as I do, don't, I beg you, wear those huge examples of badly designed, cheap modern jewelry. They, too, are not only ostentatious, but heavy and a menace to the enamel on your car and your girl friend's eye.

Do I have any special do's and don't's about clothes? I can't think of and rules about clothes, since there really aren't any, but I suggest you buy trees to conform to the shape of your shoes, and keep your coats on curved hangers.

Take care of your clothes, keep them clean and in good repair. I suggest you avoid using heavily scented cologne or soaps. When I meet a man I like him to smell like a man, or not to smell at all; certainly he shouldn't smell like a woman. Do see that your socks stay up. Nothing can spoil an otherwise well-groomed effect like sagging socks. Don't stuff your pockets with heavy articles and bulging wallets filled with seldom-used cards. They ruin not only the neatness of your appearance but the actual tailoring of your suit.

Come to think of it, who knows how anything becomes bad or good taste? Who decides a standard of esthetics? If it's the majority, then how is it the minority are the ones considered well dressed? Everything is only exactly what it is. If a man wears the kind of clothes that please him, then, providing they're clean and don't shock society, morals, and little children, what is the difference as long as that man is happy? 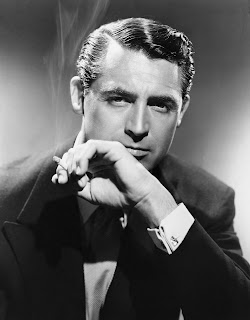 SOURCE
Posted by David Lobosco at 3:58 AM