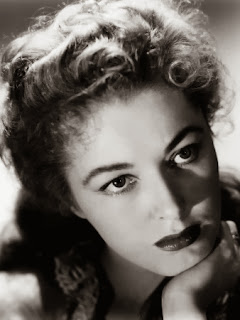 Eleanor Parker, an actress of patrician beauty nicknamed “the woman of a thousand faces” for the range of parts she played, from a terrified prisoner in “Caged” to the icy baroness in “The Sound of Music,” died Dec. 9 at a medical facility near her home in Palm Springs, Calif. She was 91.

The cause was complications from pneumonia, said her son Paul Clemens.

Ms. Parker was nominated three times for an Academy Award. But if she is not remembered with the instant recall of a Bette Davis or Joan Crawford, it may be because she was not entirely comfortable with film-star stereotyping.

“I'm primarily a character actress,” she told the Toronto Star in 1988. “I've portrayed so many diverse individuals on the screen that my own personality never emerged.”
In more than 45 films, she often used wigs, makeup and convincing accents to play characters who were sad, flawed or downright despicable.

A ravishing brunette, then blond and later a redhead with a husky, sultry voice, she exuded sex appeal in such films as “Pride of the Marines” (1945) with John Garfield, “Scaramouche” (1952) with Stewart Granger, and “Escape From Fort Bravo” (1953) with William Holden.

In “The Naked Jungle” (1954), she is the mail-order bride who intimidates a virginal South American plantation owner (Charlton Heston) with sex-charged repartee.
“The piano you're sitting at was never played before you came here,” Heston says at one point. 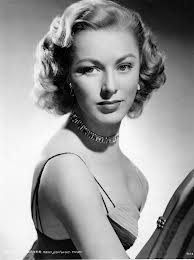 “If you knew more about music,” she says, “you'd know that a piano is better when it's played.”

She was the sluttish waitress Mildred Rogers in a remake of “Of Human Bondage” (1946), winning raves even if the film tanked. In “The Man With the Golden Arm” (1955), she played the needy and ultimately deceitful wife of a former drug addict (Frank Sinatra) struggling to stay clean.

One of her most heralded but least seen performances was in “Lizzie” (1957), a film about a woman with multiple personalities. The movie had the misfortune of being released the same year as “The Three Faces of Eve,” which was heavily promoted to advance the career of newcomer Joanne Woodward.

Still, “Lizzie” remained a powerful and convincing portrayal of three separate identities in one body — a pathologically shy museum worker, a lusty barfly and a well-adjusted woman. 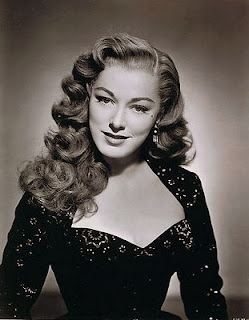 Instead of relying on film-editing tricks, Ms. Parker showed subtle but convincing shifts in character in view of the camera. The movie critic Judith Crist once called “Lizzie” a “neglected but fascinating” film that “boasts a stunning performance” by Ms. Parker.

To play the polio-stricken opera singer Marjorie Lawrence in “Interrupted Melody” (1955), Ms. Parker had to memorize 22 arias in 10 days. She locked herself in mountain cabin to do it. Although the soundtrack did not feature her voice — soprano Eileen Farrell dubbed the vocals — Ms. Parker needed to mimic convincingly in a foreign tongue. She said later she had no idea what she was singing.

Eleanor Jean Parker was born June 26, 1922, in Cedarville, Ohio, and raised in Cleveland Heights. She was a veteran stage actress by her late teens and turned down early screen test offers, once to finish high school and another time to study at the Pasadena Playhouse in California...