THE DISAPPEARANCE OF SILENT MOVIES 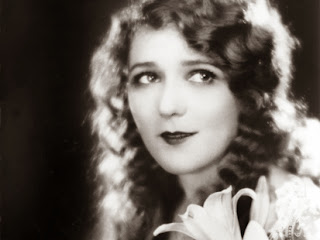 In what now looks like a prescient move, silent screen legend Mary Pickford paid for the preservation of her films, ensuring that most of them endured. The effort spared 40 of her movies from being among the casualties of time and neglect that are represented in a new survey by the Library of Congress. The report, The Survivial Of American Silent Films: 1912-1929, has found that 70% of feature-length silent films made in America have been completely lost. During the period the study covers, 10,919 silent feature films of U.S. origin were released and only 14% of those still exist in their original 35mm format. Of those, 5% are incomplete and 11% are only available in foreign versions or lower-quality formats. Librarian of Congress James H. Billington called the state of America’s silent film heritage an “alarming and irretrievable loss to our nation’s cultural record.” Martin Scorsese weighed in about the findings, saying the report was “invaluable because the artistry of silent film is essential to our culture.” Scorsese’s Hugo was a tribute to the silent era, incorporating Georges Méliès’ Le Voyage Dans La Lune, which the Cannes Film Festival screened in an impressively restored version a few years back. It was also at Cannes that eventual Best Picture Oscar winner The Artist began its career, a throwback to the time before the talkies.

Contributing factors to the staggering loss of silent films are the vulnerability of nitrate film stock to fire and deterioration, and the industry’s practice of neglecting or destroying prints and negatives, the Library of Congress says. Among some of the notable films considered lost in their complete form are Lon Chaney’s London After Midnight (1927); The Patriot (1928); Cleopatra (1917); The Great Gatsby (1926), and all four of Clara Bow’s feature films produced in 1928, including Ladies Of The Mob. Meanwhile, only five of Will Rogers’ 16 silent features survive and 85% of films by Hollywood’s first cowboy star, Tom Mix, are lost.

“Any time a silent picture by some miracle turns up, it reminds us of the treasures we’ve already lost. It also gives us hope that others may be discovered. The research presented in this report serves as a road map to finding silent films we once thought were gone forever and encourages creative partnerships between archives and the film industry to save silent cinema,” Scorsese added. 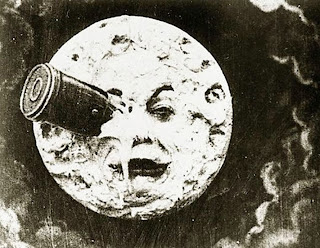 SOURCE
Posted by David Lobosco at 4:02 AM