Looking back at the 1960s sitcom "Bewitched" I can't believe it was one of my favorite shows that I saw in reruns while growing up in the 1980s. I think it is pretty corny now except for two things - the beautiful Elizabeth Montgomery and the character of Uncle Charlie, played by Paul Lynde. I would see Lynde on other shows like Match Game and The Dean Martin Show, and his comic styles never stopped amusing me.

Paul Lynde was born in Mount Vernon, Ohio in 1926, and studied drama at Northwestern University in Evanston, Illinois, where his fellow students included Cloris Leachman, Charlotte Rae, Patricia Neal, Jeffrey Hunter and Claude Akins. At Northwestern, he joined the Upsilon chapter of Phi Kappa Sigma and is listed amongst the most famous members of the fraternity. He graduated in 1948 and moved to New York City, where he initially worked as a stand-up comic.

Lynde made his Broadway debut in the hit revue New Faces of 1952 in which he co-starred with fellow newcomers Eartha Kitt, Alice Ghostley, and Carol Lawrence. In his monologue from that revue, the "Trip of the Month Club," Lynde portrayed a man on crutches recounting his misadventures on the African safari he took with his late wife. The show was filmed and released as New Faces in 1954.

After the revue's run, Lynde co-starred in the short-lived 1956 sitcom Stanley opposite Buddy Hackett and Carol Burnett, both of whom were also starting out their careers in show business. That same year, he guest starred on NBC's The Martha Raye Show, a comedy/variety show.

In 1960, Lynde returned to Broadway when he was cast as "Harry MacAfee," the father in Bye Bye Birdie. He reprised the role in the play's film adaptation, which was released in 1963. That same year, he recorded a live album, Recently Released, issued as an LP record (no other formats are available). All six tracks were written by him. Once he could afford writers, he rarely used his own material until his tenure on Hollywood Squares years later.

Over the years, Lynde made regular appearances on sitcoms such as The Phil Silvers Show, The Munsters, and I Dream of Jeannie, and variety shows such as The Perry Como Show and The Dean Martin Show. Lynde first appeared in episode 26 of Bewitched, "Driving is the Only Way to Fly," as Samantha's driving instructor Harold Harold, before taking on the recurring role of Uncle Arthur, Endora's brother. He was also a frequent guest on the 1976-79 variety show, Donny and Marie. 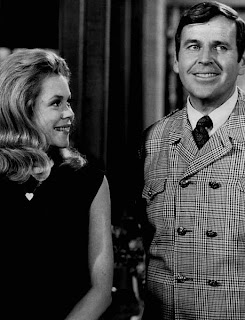 Lynde also did extensive voice work on animated cartoons, particularly those of Hanna-Barbera Productions. His most notable roles included Sylvester Sneekly ("The Hooded Claw") in The Perils of Penelope Pitstop (though he was uncredited), Mildew Wolf from It's the Wolf (a segment of Cattanooga Cats), and Pertwee from Where's Huddles?. He also voiced the role of Templeton the gluttonous rat in the animated feature Charlotte's Web. Lynde's sardonic inflections added a dimension to such lines as the sly, drawn-out whine, "What's in it for meeee?" Lynde's distinctive voice is popular among impressionists.

In 1972, Lynde starred in the short-lived ABC sitcom, The Paul Lynde Show, playing an uptight attorney and father at odds with his liberal-minded son-in-law. The series, which was a contractual fulfillment to ABC in place of a final season of Bewitched, was canceled after only one season. The network, and producer William Asher, then "transferred" Lynde to another comedy series that had debuted in 1972, Temperatures Rising, for the 1973 season, but his presence in the cast did not help flagging ratings and this series, too, was not renewed and was replaced by Happy Days. The series’ failure reportedly exacerbated Lynde’s drinking problem, which led to numerous run-ins with the law and frequent arrests for public intoxication. According to Peter Marshall ("Florence Henderson Show", 2008) and Kaye Ballard ("E True Hollywood Story", 2000) the comedic actor would sometimes verbally ridicule his friends when inebriated.

Paul Lynde's sexual orientation was something of an open secret in Hollywood, although, in keeping with the prejudices and social mores of the time, it was not acknowledged or discussed in public. 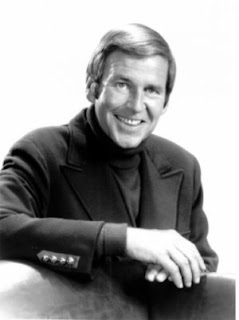 In 1965, Lynde was involved in an accident in which a young actor, reputed to be his lover, fell to his death from the window of their hotel room in San Francisco's Sir Francis Drake Hotel. The two had been drinking for hours before 24-year-old James "Bing" Davidson slipped and fell eight stories, an event witnessed by two policemen, yet the event was largely kept out of the press, thus saving his career.

Despite his campy television persona, Lynde never publicly came out as being gay and the press generally went along with the deception. In 1976, a People magazine article on Lynde featured him and Stan Finesmith; the latter was dubbed Lynde's "suite mate" and “chauffeur-bodyguard.” In the 1970s, this was as close as the press would come to hinting at his sexuality.

In 1978, Lynde was arrested outside of a gay bar in Salt Lake City. As a result of the arrest, he lost his guest starring role on The Donny and Marie Show. Increasingly in the late 1970s, acting jobs became harder for him to find, although it is unclear if this was because of anti-gay prejudice or his substance abuse problems and noted eratic behavoir, which often made him difficult to work with. He had been arrested for drunk driving and, while under the influence of alcohol, he was known to make rude and racist public comments towards people. Lynde finally became sober and drug free in the early 1980s, shortly before his death. Lynde also suffered from weight control problems, and was honored in 1977 by Weight Watchers.

Lynde was found dead in his Beverly Hills, California, home by friend Paul Barresi on Monday, January 11, 1982. The coroner ruled the death a heart attack. Lynde's cremated remains are interred at Amity Cemetery, in Amity, Ohio, where he is buried next to his brother Johnny and sister Helen. Perhaps his sexual orientation is what caused his alcohol problems and even heart problems that led to his death. In the 1950s and 1960s and even to this present day it has got to be hard to be a homosexual in a heterosexual society. Whatever it is, the important thing is Paul Lynde made millions people laugh and laugh still to this day... 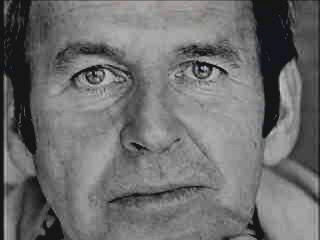 Posted by David Lobosco at 4:25 AM