MARY PICKFORD BIOPIC TO BE MADE 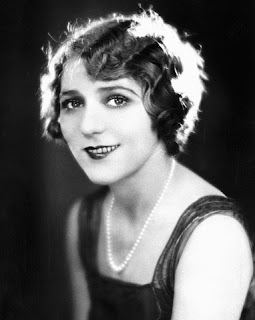 NEW YORK (TheWrap.com) - The late Hollywood legend Mary Pickford will return to the big screen in a film based on Eileen Whitfield's biography, "Pickford: The Woman Who Made Hollywood."

Poverty Row Entertainment and producer Said Zahraoui have acquired the rights to the book, which revisits the life of one of the industry's earliest and greatest stars.

"With no intention of creating a conventional biopic, we will use the language of film to hopscotch through time, in order to tell the story of a woman so ahead of her time who was living one of the most romantic love stories of all time," Julie Pacino and Jennifer DeLia, who run Poverty Row, said in a statement. "Mary Pickford's story is one of intense emotion, astute intuition, dedicated artistry, and about the creation of Hollywood."

For those who didn't major in Hollywood history, Pickford was famous both for her work in films like "Pollyanna" and "Rosita," as well as her marriage to Douglas Fairbanks, another star of silent cinema.

The iconic couple surreptitiously began a relationship while Pickford was still married to Owen Moore, later marrying and living at the famous "Pickfair" mansion. The couple eventually divorced.

DeLia will direct and Josh Fagin will adapt the book...

SOURCE
Posted by David Lobosco at 4:41 AM