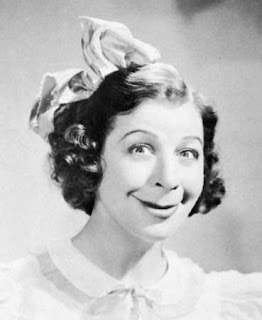 Here is an excellent article by David Soren...Fanny Brice (October 29, 1891 – May 29, 1951) was one of the greatest stars of vaudeville, and was also successful for a time in movies and a sensation later in her life on radio as well. Portrayed by Barbra Streisand on stage and in the movie Funny Girl , she was best known for her comic and dramatic songs and her radio persona as Baby Snooks. Rather ungainly in appearance, she could twist her face into knots or open wide her cavernous mouth to express exaggerated emotion in her comic songs, or she could come on-stage dressed to the nines and belt out a dramatic torch song such as My Man, the American version of the French success Mon Homme.Fannie Brice posing as her famous character.
Born Fania Borach in New York City to an immigrant Jewish family, she dropped out of school and knocked around in burlesque long enough to be offered a spot in the Ziegfeld Follies of 1910 and 1911 which brought her great fame, made even greater by her return in 1921 to introduce the mega-hit My Man, a song which had become a standard for the sexy French goddess Mistinguett who sang it with a husky voice slightly off key. Brice belted it out with tremendous feeling it became one of the great hit songs of the Roaring Twenties. It was still so popular by 1928 that it became the title of a feature film starring Fannie which is today considered lost. 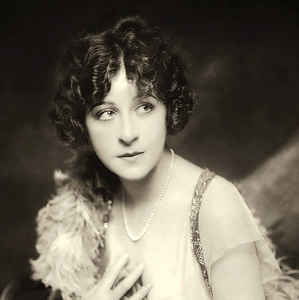 In vaudeville Fannie developed a character who came to be known as Baby Snooks, a bratty little kid, and she always wore a child's short dress which showed off her spindly legs. The character was based on a George McManus early newspaper cartoon character and caught on with the public until by 1944, with Fannie having played the part for more than 30 years on stage, the character was featured on its own hit radio program. The character as she portrayed it in vaudeville exhibited a devilish grin when she was about to cause somebody to get into trouble and she always wore an angelic bow in her hair.

From the time she first entertained, Fanny Brice was a crowd-pleaser who quickly became a superstar. Unlike her contemporaries who were often known for one thing, Fannie could bring either broad slapstick comedy or pathos to her performances and sometimes both. She was so popular and such a workaholic that she was still a top performer up until two days before her death, of a cerebral hemorrhage. 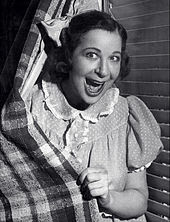 In her choice of men and in her marriages, Fannie was remarkably unsuccessful. Her first marriage while she was still in her teens was simply a youthful mistake but her second, to gangster Nicky Arnstein, led to two jail terms for him and enormous expense for her for his trials. A third marriage to diminutive theater impressario and music composer Billy Rose, was yet another venue for heartbreak as Billy had quite an eye for the ladies and the nine year marriage of the unlikely couple was full of heartbreak, culminating in Rose's obsession with the beautiful Olympic swimming star and would-be singer Eleanor Holm. Their very public affair led to another divorce for Fannie. The Barbra Streisand movie Funny Lady deals with her trials and tribulations with Billy Rose while the first film goes through the Nicky Arnstein period.

When movie musicals became the rage in the late 1920s and early 1930s, Fannie Brice was immediately picked to star but musicals quickly fell out of favor and her movie career never took off despite a few appearances in films such as Everybody Sing (1938). She did not live long enough to become a force on television and only made one appearance, as Baby Snooks, for CBS in 1950.

Despite her personal difficulties and tragedies, Fannie remained a major star for more than 40 years and in the finest tradition of vaudeville went out still leaving them laughing, even into the 1950s when vaudeville was quickly becoming a memory... 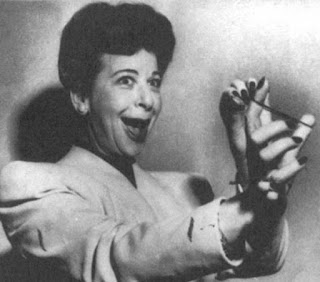 SOURCE
Posted by David Lobosco at 5:49 AM