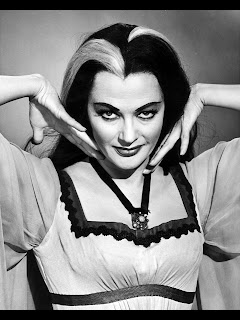 Film roles were drying up for Yvonne De Carlo in the early 1960s. She had few prospects and was deeply in debt. So when her old employer, Universal Pictures, phoned her up looking for a leading female for a sitcom about a family of monsters in suburbia, Yvonne De Carlo signed the contract.

That sitcom was The Munsters. The show premiered on September 24, 1964, and the world would soon see Yvonne De Carlo in a whole new light as the family matriarch, Lily Munster. This role would define Yvonne’s acting career for the rest of her life. Initially, Lily Munster was played by actress Beverly Owen. Owen played the family’s matriarch for the first 15 episodes of the series before she was replaced by Yvonne.

As soon as Yvonne adjusted to her role on the show, her skepticism and concerns faded away. Even costar Fred Gwynne, who played her Herman Munster and had some concerns about the new cast addition, warmed up to De Carlo’s on-set presence. And Fred wasn’t the only one. Adults and children across America were charmed by the new Lily Munster and were swept up by the fever of this hilarious new show. Yvonne was told to play the role like “Donna Reed” which you may not have been able to immediately tell by her makeup—which took roughly three hours each shoot to put on and included a De Carlo, expressive when playing Lily Munster, constantly gestured with her hands to make the character something of her own. Lily looked glamorous and fashionable despite her age—over 100 years old. She also always managed to show off her chops as one spooky, spunky mother and loving wife. 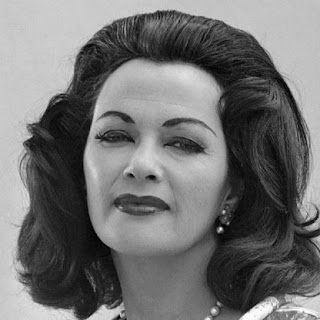 Despite The Munsters’ lasting influence, the show only lasted a surprisingly paltry two seasons. Universal Pictures later produced a feature called Munster, Go Home in 1966. This was was the first time The Munsters ever appeared in color since the original pilot episode. Unfortunately, the movie was not a commercial success and soon spelled the end for America’s favorite frightening family. De Carlo would return, however, in the 1981 TV movie, The Munsters’ Revenge with costars Gwynne and Grandpa Munster, aka, Al Lewis.
After The Munsters, Yvonne took some time to guest star in shows like The Girl from U.N.C.L.E and The Virginian and went back to her western roots in the late 60s films, Hostile Guns, and Arizona Bushwackers. The actress then took some time to focus on her musical career and starred in a five-month tour of Hello Dolly and a 15-week run of Little Me. She also appeared in the Steven Sondheim musical Dollies as Carlotta Campion—a role she said was “written especially for her.” De Carlo continued until 1995 when she unofficially retired from acting. Some highlights include the 1975 sex comedy film, Blazing Stewardesses, the 1980 horror film American Gothic and the 1990 horror film Mirror,

Yvonne De Carlo’s final performance was as Norma in the 1995 Disney television film, The Barefoot Executive. This was a remake of the 1971 film of the same name. In 1998 De Carlo suffered a minor stroke and almost ten years later she died of heart failure on January 8th, 2007. Her career might have been a large and varied tapestry of film, musical, and television roles, but the world will always remember Yvonne De Carlo as Mrs. Lily Munster... 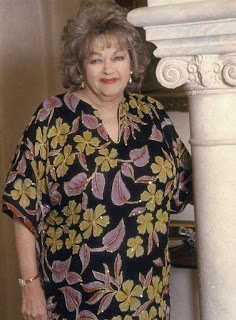