THE WIVES OF FATTY ARBUCKLE

Comedian Fatty Arbuckle had a sad and short life. Due to his raping scandal, he was banished from Hollywood. The poor soul was married three times but never had any children. Even though Fatty was divorced twiced, all three of his wives said he was a good man. Here is a break down of the three wives of Fatty Arbuckle... 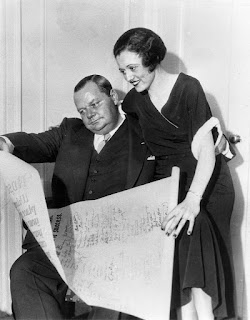 Minta was a minor silent screen actress. She met Roscoe Arbuckle when he was attempting to get started in theater, and the two married in August 1908. Durfee entered show business in local companies as a chorus girl at the age of 17. She was the first leading lady of Charlie Chaplin..

Durfee and Arbuckle separated in 1921, just prior to a scandal involving the death of starlet Virginia Rappe. There were three trials and finally Arbuckle was acquitted. His career was destroyed and he received few job offers. Durfee and Arbuckle divorced in 1925. Durfee in her later years said Arbuckle was "the most generous human being I've ever met", and "if I had to do it all over again, I'd still marry the same man.

A regular performer on television, Durfee appeared on such shows as Noah's Ark (1956). She had minor roles in motion pictures including How Green Was My Valley (1941), Naughty Marietta (1935), Rose-Marie (1936), It's A Mad, Mad, Mad, Mad World (1963), The Unsinkable Molly Brown (1964), and Savage Intruder (1970). In later life, Durfee gave lectures on silent film and held retrospectives on her and her husband's pictures. She was surprised and excited by the renewed interest in silent film. 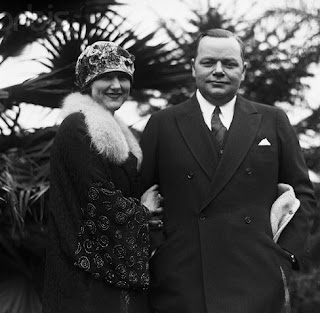 Doris married film director Roscoe Arbuckle May 16, 1925. The marriage followed soon after his divorce from Minta Durfee and followed the rape and manslaughter accusations against him in the death of Virginia Rappe.They planned to honeymoon in New York. They later divorced and she sued for alimony in 1929. She and Arbuckle were guests of writer Gouvineur Morris before their marriage.She was in the 1944 play The Day Will Come. 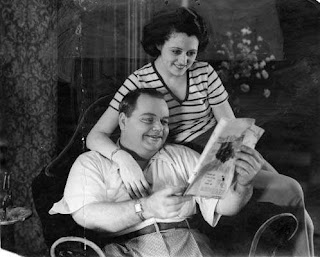 ADDIE MCPHAIL (1905-2003)
Addie was another actress that Fatty married. She appeared in 64 films between 1927 and 1941.She was married to Fatty when she died. After she retired from acting, she served for 17 years as a volunteer nurse at the Motion Picture & Television Country House and Hospital in Woodland Hills, California.
Posted by David Lobosco at 12:20 PM