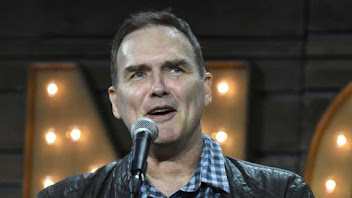 Norm Macdonald, the deadpan comedian, actor, writer and “Saturday Night Live” star, has died after a private battle with cancer, Variety has confirmed. He was 61.

Macdonald’s cancer diagnosis was kept secret from the public, but he battled it for nine years. “Norm was an original! He defined American humor with honesty and blunt force,” Jeff Danis, president of DPN Talent, told Variety in a statement. Dozens of comedians, like Seth Rogen, Jon Stewart, Ron Funches and Jim Gaffigan, paid tribute to Macdonald, “one of the greatest comedians to have ever lived,” on social media. The comedian got his start in showbiz as a writer on “Roseanne” in 1992 after making rounds at comedy clubs in Canada. He joined the cast of “Saturday Night Live” in 1993, and the next year he began his memorable stint as Weekend Update anchor until early 1998, when he was replaced by Colin Quinn. Macdonald was known for his dry humor, non-sequiturs and impressions of Burt Reynolds, David Letterman, Larry King, Quentin Tarantino and many more during his five-year run on the show. 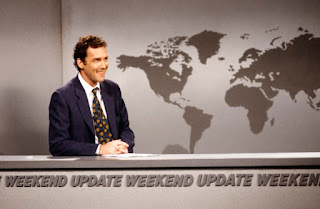 Macdonald anchored Weekend Update during the O.J. Simpson trial, where he delivered one of his most memorable jokes at the top of the episode following Simpson’s acquittal: “Well, it is finally official: murder is legal in the state of California.” After his removal from Weekend Update, Macdonald accused NBC exec Don Ohlmeyer of firing him over his controversial Simpson jokes, though Ohlmeyer cited poor ratings.

After exiting “SNL,” Macdonald created “The Norm Show” with Bruce Helford on ABC, which ran from 1999 until 2001. The comedian starred as Norm Henderson, an NHL player who is banned for life because of gambling and tax evasion, so he must perform five years of community service as a social worker. The cast included Laurie Metcalf, Ian Gomez, Max Wright, Artie Lange and Faith Ford, and the show ran for three seasons. 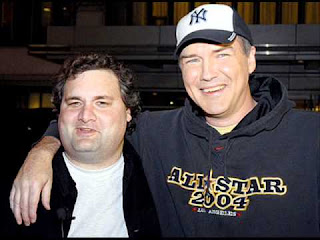 In the 1990s, Macdonald appeared in films like “Billy Madison,” “The People vs. Larry Flynt” and Eddie Murphy’s “Dr. Dolittle” as the voice of Lucky the dog. In 1998, he starred in the film “Dirty Work,” directed by Bob Saget based on the Roald Dahl short story, about two friends who raise money to pay for heart surgery for one of their fathers by starting a revenge-for-hire business. The cast included Lange, Chris Farley, Jack Warden, Traylor Howard, Chevy Chase, Christopher McDonald and featured cameos by Don Rickles, Adam Sandler, John Goodman, and more.

Macdonald went on to provide voice work in the “Dr. Dolittle” sequels and other animated films and shows. He voiced Lieutenant Yaphit, a gelatinous, shape-shifting engineer on Fox’s sci-fi comedy “The Orville,” starring Seth MacFarlane. A third season of the show is set to release on Hulu... 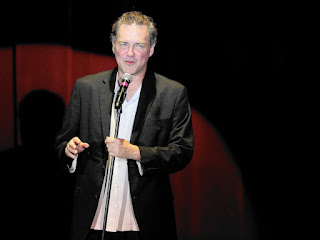