THE NICHOLAS BROTHERS: THE FINAL YEARS 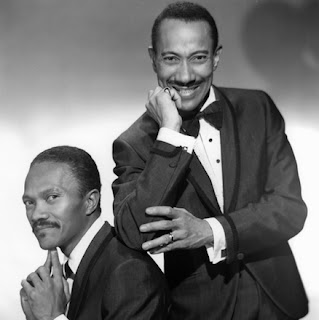 With the advent of television, the brothers were much in demand; they appeared on programs such as All-Star Revue in 1951, The Colgate Comedy Hour in 1952, The Hollywood Palace in 1964, and The Bell Telephone Hour in 1966. Beginning in 1965, the Nicholas Brothers worked frequently in Las Vegas, and they toured—often with Sammy Davis, Jr.—throughout the United States and Europe. Fayard appeared twice more on film, in The Liberation of L.B. Jones (1970) and Night at the Golden Eagle (2002). Harold appeared in several more films, including Uptown Saturday Night (1974) and Tap (1989).

Throughout the 1980s and ’90s the Nicholas Brothers traveled the world to receive awards and honours; among these were the Kennedy Center Honors (1991) for lifetime achievement. Together or individually, they appeared in a string of stage shows up until 1993. Together with Cholly Atkins, Henry LeTang, and Frankie Manning, Fayard won a Tony Award in 1989 for his choreography in the musical Black and Blue (performed 1989–91). In 1994 both brothers were honoured with a star on the Hollywood Walk of Fame. 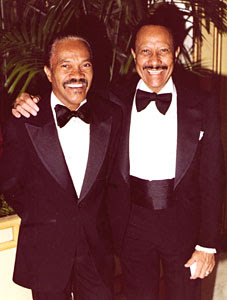 Harold Nicholas,79, the younger of the Nicholas Brothers, a highflying tap-dancing duo who vaulted and dived together in some of the most spectacular routines captured on film, died July 3, 2000 at the New York Hospital in Manhattan after heart and leg surgery. Fayard Nicholas, the elder and more talkative of the astounding Nicholas Brothers tap duo, whom Mikhail Baryshnikov ranked among America's best dancers, died at the age of 91 in 2006.. Their 60-year career was marked by a devoted concern for each other, despite radically different temperaments.

The Nicholas Brothers had begun their careers at a time when opportunities were few and stereotyped roles the norm for black actors and entertainers. To their credit, however, the Nicholas Brothers rose above this marginalization and, with a sense of dignity and a style all their own, earned the respect of generations of tap dancers and audiences the world over.The Nicholas Brothers credited the vaudevillian acts they watched growing up while on tour with their musician parents for inspiring them to dance. As the story goes, Fayard taught himself to dance after observing the various acts on the road, then taught his little brother. Their choreographic brilliance and synchronicity has inspired generations of dancers, ranging from Fred Astaire to Gregory Hines to Savion Glover. 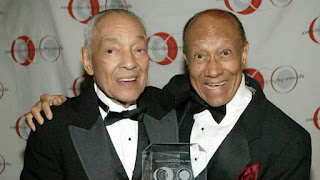