THE NICHOLAS BROTHERS: THE EARLY YEARS 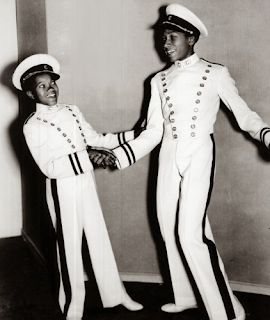 Nicholas Brothers, tap-dancing duo whose suppleness, strength, and fearlessness made them one of the greatest tap dance acts of all time. Fayard Antonio Nicholas (1914-2006) and his brother Harold Lloyd Nicholas (1921-2000) developed a type of dance that has been dubbed “classical tap,” combining jazz dance, ballet, and dazzling acrobatics with tap dancing. Growing up in an era of “hoofers” and “board beaters,” the Nicholas Brothers elevated tap dancing with their singular elegance and sensational showmanship.

The brothers’ parents were both college-educated professional musicians. Their mother, Viola, was a classically trained pianist, and their father, Ulysses, was a drummer. They performed together in pit orchestras for black vaudeville shows throughout the 1910s to the early 1930s, forming their own group called the Nicholas Collegians in the 1920s.

From the time Fayard was an infant, his parents brought him to the theatre for their practices and performances. There he gained an early education in show business by watching great black entertainers such as the jazz musician Louis Armstrong, the dance team Buck and Bubbles, the singer Adelaide Hall, and the dance teams Leonard Reed and Willie Bryant and the Berry Brothers. The Nicholas family traveled from city to city to play with various orchestras, but, after the birth of two more children, Dorothy and Harold, they settled in Philadelphia in 1926 and continued working with the Nicholas Collegians. Their orchestra played at the Standard Theatre, one of the city’s largest and most prestigious black vaudeville houses. 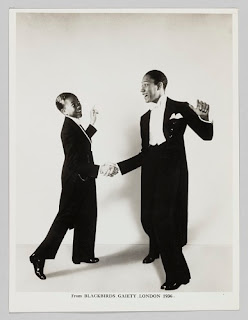 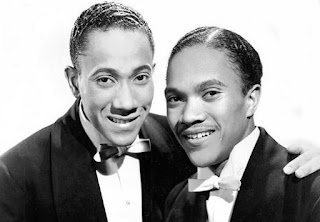