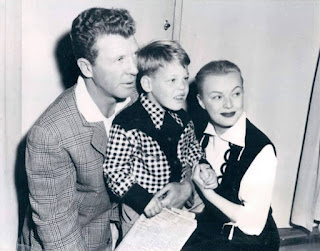 Entertainer Dan Dailey had his share of problems in Hollywood. He suffered from alcoholism and also reports of him being a closest cross dresser. None of the issues he had in Hollywood was as tragic is living through the suicide of his only son - Dan Dailey Jr.

On July 1, 1975 - The younger Dailey walked outside of a hospital, pulled out a gun and shot himself in the side of the head. He died instantly. He was only 29.

Reportedly once his son died, actor Dan Dailey turned to drinking even more. He broke his hip in 1977, and died from complications on October 16, 1978.

Reportedly a note was found on the young Dailey when he died, but it has never been released. There is a rumor that he received bad health news at the hospital and decided to end it all.

Even though it has been 47 years later, does anyone out there have any info what happened. As of now, it is still a mystery... 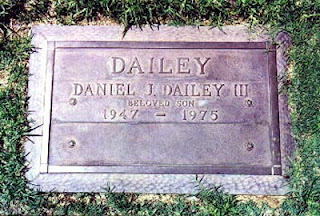 Posted by David Lobosco at 8:54 AM