THE EARLY CAREER OF JACK LEMMON 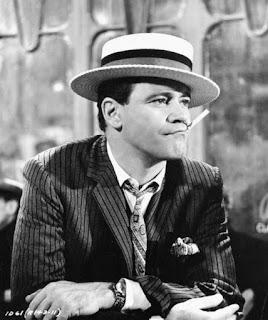 Jack Lemmon has always been one of my favorite actors. He made so many great movies in the late 1960s and 1970s, but I wanted to take a look and learn more about his early years in Hollywood. He had made movies for years before he got the fame that he deserved.

In the 1940s, Lemmon became a professional actor, working on radio and Broadway. His film debut was a bit part as a plasterer in the film The Lady Takes a Sailor (1949), but he was already appearing in television shows, which numbered about 400 from 1948 to 1953.

Lemmon believed his stage career was about to take off when he was appearing on Broadway for the first time in a 1953 revival of the comedy Room Service, but the production closed after two weeks. Despite this setback, he was spotted by talent scout Max Arnow, who was then working for Columbia, and Lemmon's focus shifted to films and Hollywood. Columbia's head Harry Cohn wanted to change Lemmon's name, in case it was used to describe the quality of the actor's films, but he successfully resisted.

His first role as a leading man was in the comedy It Should Happen to You (1954), which also featured the established Judy Holliday in the female lead. Bosley Crowther in his review for The New York Times described Lemmon as possessing "a warm and appealing personality. The screen should see more of him." The two leads soon reunited in Phffft (also 1954). Kim Novak had a secondary role as a brief love interest for Lemmon's character. "If it wasn't for Judy, I'm not sure I would have concentrated on films", he told The Washington Post in 1986 saying early in his career he had a snobbish attitude towards films over the stage. He managed to negotiate a contract with Columbia allowing him leeway to pursue other projects, some of the terms of which he said "nobody had gotten before". He signed a seven-year contract, but ended staying with Columbia for ten years. Lemmon's appearance as Ensign Pulver in Mister Roberts (1955), with James Cagney and Henry Fonda, for Warner Bros. gained Lemmon the Best Supporting Actor Oscar. Director John Ford decided to cast Lemmon after seeing his Columbia screen test, which had been directed by Richard Quine. At an impromptu meeting on the studio lot, Ford persuaded the actor to appear in the film, although Lemmon did not realize he was in conversation with Ford at the time. 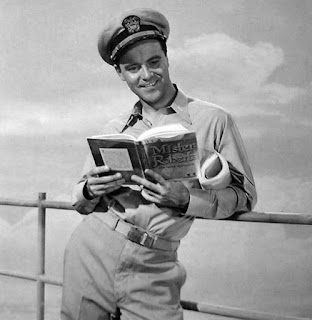 In the military farce Operation Mad Ball (1957) set in a U.S. Army base in France after World War II, Lemmon played a calculating private. He met comedian Ernie Kovacs, who co-starred, and they became close friends, appearing together in two subsequent films, as a warlock in Bell, Book and Candle (1958, a film he apparently disliked),and It Happened to Jane (1959), all three under the direction of Richard Quine. Lemmon starred in six films directed by Quine. The others were My Sister Eileen (1955), The Notorious Landlady (1962) and How to Murder Your Wife (1965). Lemmon also began his collaboration with director Billy Wilder in with Some Like It Hot (1959), with Tony Curtis and Marilyn Monroe. His role required him to perform 80% of the role in drag. People who knew his mother, Millie Lemmon, said he had mimicked her personality and even her hairstyle.The critic Pauline Kael said he was "demoniacally funny" in the part. 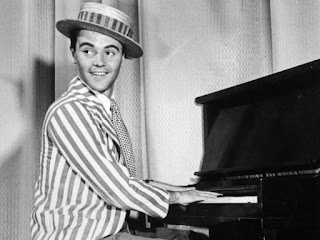 Lemmon first role a film directed by Blake Edwards was in Days of Wine and Roses (1962) portraying Joe Clay, a young alcoholic businessman. The role, for which he was nominated for the Best Actor Oscar, was one of Lemmon's favorite roles. By this time, he had appeared in 15 comedies, a western and an adventure film. "The movie people put a label attached to your big toe — 'light comedy' — and that's the only way they think of you", he commented in an interview during 1984. "I knew damn well I could play drama. Things changed following Days of Wine and Roses. That was as important a film as I've ever done." Days of Wine and Roses was the first film where Lemmon was involved with production of the film via his Jalam production company. Lemmon's association with Edwards continued with The Great Race (1965), which reunited him with Tony Curtis. His salary this time was $1 million, but the film did not return its large budget at the box-office, but some of his biggest roles would be in his future... 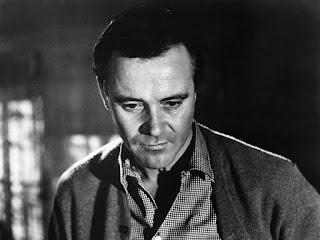 Posted by David Lobosco at 8:01 AM