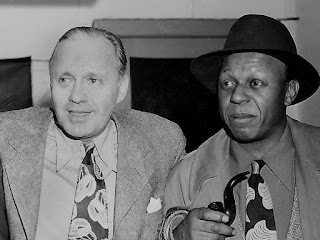 There were many great duos on radio and television, but I feel one of the best was Jack Benny and Eddie Anderson. In a time when people were subjected to extreme racism due to the color of their skin, Benny befriends Anderson on and off the screen.

The year was 1937, and the first role offered Eddie Anderson on The Jack Benny Program on radio was that of a Pullman porter. It was to be a one-time part, but there was something about the gravely-voiced African-American actor that led the producers to use him again — first as a waiter, and another time as a fellow who has an altercation with the star, Jack Benny. Benny realized that Anderson could be so much more than a stereotype. 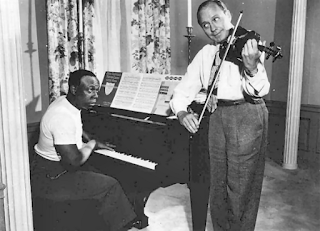 Jack Benny changed the character of Rochester from a near stereotype to a much more positive and affirmative character, but in his own way he also stood up against segregation on behalf of Eddie Anderson. Once Eddie Anderson was denied a room in a hotel in St. Joseph, Missouri at which Jack Benny's cast and crew had planned to stay, Jack Benny told them, "If he doesn't stay, neither then do I." The hotel relented and gave Eddie Anderson a room.

In the end Jack Benny and Eddie Anderson became a comedy team, much in the same way that Bob Hope and Bing Crosby or George Burns and Gracie Allen were. What made them a success as a team was not simply that they were two very talented men, but that they were also very close friends who were quite comfortable with each other. When Eddie Anderson had a heart attack in 1958, Jack Benny was visibly worried about him. When Jack Benny died in 1974, Eddie Anderson not only teared up during interviews about his former employer and comedy partner, but he openly wept at Jack Benny's funeral... 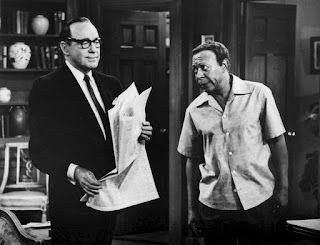